August 18, 2017 – Nearly 7,000 asylum seekers have crossed the Canada border into Quebec since July 1, 2017, showing the extent of the challenge facing the province to process a growing stream of newcomers. 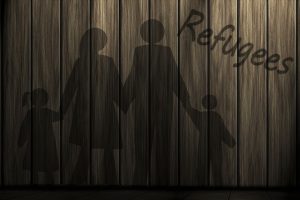 Figures for August have already eclipsed the whole of July, as RCMP officers intercept and arrest hundreds of people a day looking to escape U.S. President Donald Trump’s immigration crackdown.

Official numbers show 3,800 asylum seekers have crossed the border so far in August, compared with 3,000 in July and 781 in June. The number for January was 245, showing how the flow has developed into a wave during the summer months.

The vast majority of the newcomers to Canada are Haitian, motivated to escape the U.S. after Trump suggested he would remove the special status afforded citizens of the country following a devastating 2010 earthquake. However, Canada removed that same special status two years ago.

The latest government shelter for the newcomers will be opened in Cornwall, Ontario, near the Quebec border. This follows other temporary centres at Montreal’s Olympic Stadium, plus an old hospital and a school. A makeshift border camp has also been set up by the Canadian army to act as an initial processing centre.

But after months of dealing with a trickle of migrants illegally entering into several of Canada’s provinces, the focus is now full on a flood of asylum seekers crossing the New York-Quebec border.

Critics say opening new centres for asylum seekers will only encourage more to come, and that Prime Minister Justin Trudeau is to blame for giving the perception Canada’s border is open.