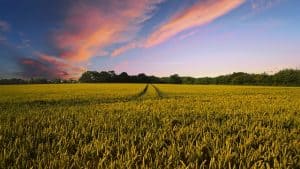 Agriculture is one of the industries specifically targeted by the new stream, for which a key requirement is 12 months of relevant Ontario work experience in the last two years.

Agriculture workers in National Occupational Classification 82 do not require a job offer to qualify for the stream.

The Ontario agriculture industry has long been calling for help because of a shortage of workers. This new Ontario immigration stream is the province’s response to that call.

The stream was launched less than a week after the federal government conducted its first-ever Canada Express Entry draw targeted specifically at the Federal Skilled Trades Program. The indication is that Canada needs skilled trades workers.

Ontario’s Express Entry Skilled Trades Stream is also targeted at the construction industry. The province says it the stream will be opened to other trades as and when the requirement develops.

The new Express Entry Skilled Trades Stream will initially target workers in the construction and agriculture industries. However, it could be expanded as needs develop.

The new stream has immediately been opened for online applications.

The OINP has opened and closed several of its streams throughout the first five months of 2017, with many of the provincial nominee programs also fully active.

The current status of the OINP streams is as follows: