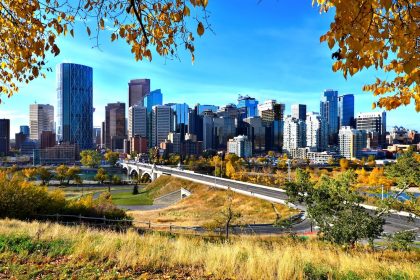 September 10, 2018 – Alberta, British Columbia and Manitoba all added jobs in August, according to the latest Labour Force Survey.

The monthly jobs market analysis from Statistics Canada shows the trio contributed nearly 30,000 jobs between them, more than half in Alberta.

Nationally, the Canada unemployment rate edged up in August from 5.8 per cent to 6 per cent, as the overall jobs figures showed a loss of more than 50,000.

What Are the Labour Force Survey Highlights?

What Is Canada’s Top Technology Occupations?

Demographically, the core working age-group of 25 to 54-year-olds saw little change in employment during August. The unemployment figure edged up as more people searched for work.

There were monthly declines in the 55 and over age-group, although in the last 12 months employment in the demographic has risen by 56,000, or 1.4 per cent.

How Did Canada’s Provinces Perform?

Alberta added 16,200 jobs as the best-performing province in August. The province has now added 53,000 jobs in the last 12 months and has an unemployment rate of 6.7 per cent.

In British Columbia, employment increased by 9,900, although the unemployment rate rose as more people searched for work. The western province still has the lowest unemployment of all the provinces, at 5.3 per cent.

Manitoba, meanwhile, added 2,600 jobs and has an unemployment rate of 5.8 per cent.

The main gains on the industry front in August were seen in the business, building and other support services, which added 10,000 jobs.

Most of the other industry saw little change, or declines.