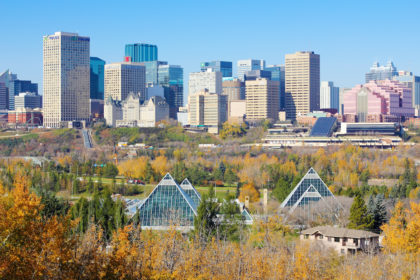 The Alberta Advantage Immigration Strategy, highlighted in the recently-released provincial budget, will include a new Foreign Graduate Entrepreneur Program alongside the new Startup Visa Stream.

Both will work alongside the Alberta Immigrant Nominee Program.

“One of the biggest barriers to growth in Alberta’s digital economy is a shortage of people with relevant skills and experience,” the budget statement said.

Although only preliminary details are available of the new initiatives, the budget statement did go into specifics about what candidates the government wants to attract.

On the Startup Visa Stream, the budget said: “The startup visa will offer fast track processing for qualified graduates of top universities if they commit to launch a startup enterprise in Alberta, with a bridge to permanent residency through the Alberta Immigrant Nominee Program.”

The visa is initially expected to specifically target “foreign student graduates in the United States.”

It added that the program would be “supported by a renewed strategy to attract highly qualified foreign students to Alberta colleges and universities.”

Currently, the only AINP offering for entrepreneurs is the Alberta Self-Employed Farmer Stream, targeting applicants with farm management skills and sufficient financial resources to invest in a farming business in Alberta.

Immigrant immigration initiatives include speeding up and simplifying credential recognition in the province, already being tackled trough the Fair Registration Practices Act, passed in June 2019.

Alberta is calling its new policy the Fairness for Newcomers Action Plan.