How America’s Crack Down on Marijuana Will Affect Canada 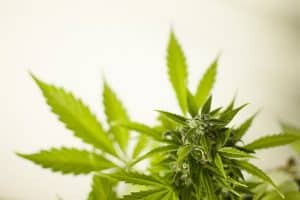 Jan 8, 2018 – California’s decision to legalize marijuana from January 1, 2018 has once again brought into focus the dichotomy between recreational cannabis being legal in the many states and an absolute Federal ban on the drug in the US.  It also raises important legal considerations in light new federal legislation that will come into force on July 1, 2018 in Canada.

While a showdown, avoided by the states and the Federal government to-date, may occur in the future, this situation presents numerous opportunities for Canadian firms and investors and numerous risks that ordinary Canadians must watch out for when traveling to the US.

The Federal ban combined with the undeniable demand for recreational marijuana in American means Canada is the natural destination for businesses intending to carry out research in this field.

Lack of clarity on legality of recreational marijuana makes funding a complicated process for businesses working in this field in America. So much so, in October 2017, the entity operating the Toronto Stock Exchange and the TSX Venture Exchange warned listed Canadian companies against violating US federal laws related to marijuana.

Marijuana research has proliferated in Canada and approved companies in this area can obtain funding and conduct their research without worrying about legal penalties on this side of the border.

Smuggling is inevitable since America has stringent restrictions on cannabis while regulated pot sales will become completely legal on the Canadian side of the border. With federal laws being zealously enforced, crossing the border is obviously going to be a slow and cumbersome process as border authorities focus on preventing smuggling of marijuana from Canada to the USA.

Lifetime Bans from Entering the USA

Anyone who admits to recreational drug use in Canada, where it is completely legal, or in American states where pot is legalized may, despite not violating state law, will find themselves permanently banned from entering the USA.

The legal gray area resulting from divergence between federal and state laws in America has always been a point of concern for Canadians traveling to the USA. With the federal ban being enforced very strictly, travelers may find themselves being forced to choose between two illegal acts—providing false information to US border guards or admitting to recreational drug use.

Those served with a life-time ban can seek a waiver. However, this is a complicated and costly process that will have to be repeated regularly to keep the waiver in place throughout the applicant’s life.

Marijuana will become regulated in Canada. It will be prohibited to smoke pot in public, grow cannabis at home in some provinces, or consume by the underaged with variations between provinces. General violations will carry nominal penalties since the primary focus is to educate youth to consume pot in a sensible and reasonable manner.

However, a $200 penalty for underage possession of pot in Ontario may be sufficient grounds for the US to ban that person from entering America for life. This will inevitably result in a proliferation of pot-related tickets and punishments being disputed at the provincial traffic courts in Canada.

No young Canadian is likely to plead guilty to an offence that may bar him/her from America for life. This may result in $200 fines being disputed through complex legal proceedings primarily due to the American overhang on the offence.

For the legal community, the interplay between the Federal government and the states presents a new opportunity. For those convicted, it is likely to result in longer delays during border crossings, a legal dilemma with no viable solution and disproportionate consequences of having marijuana penalties on their records.