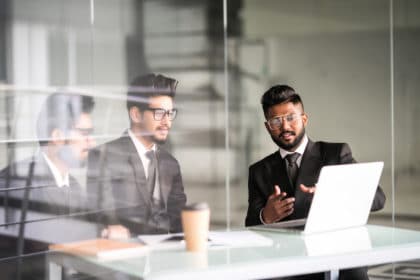 In 2017, Indians accounted for 40 percent of all successful applications through the Express Entry system. The share of Indian applicants, in terms of absolute numbers as well as percentage of total applicants, rose substantially in 2018.

Indians’ share of Invitations to Apply (ITAs), the first formal step towards Canadian permanent residence through Express Entry, too rose by 15 percent in 2018 as compared to the previous year.

This significant jump in Indian participation in the Express Entry system is fueled by immigration policies of two countries—Canada and the USA.

Canada’s Express Entry offers a simple, transparent, and efficient route to permanent residence for foreign skilled workers. Applicants can expect to complete the process beginning from receipt of an ITA to grant of permanent residence in less than twelve months.

In comparison, skilled workers applying for EB-1, EB-2, and EB-3 visas in the US face processing delays ranging from decades to a staggering (theoretical) 151 years for certain Indian EB-1 visa applicants.

Another factor contributing to increased Indian interest in Express Entry could be Trump administration’s negative approach towards the H-1B visa.

The preferred route to the US green card application for Indian skilled workers, the H-1B visa has been hit by series of negative developments like-

In contrast, Canada has pulled out all stops to attract more temporary as well as permanent skilled worker.

Canada has a high-skilled immigration target of 81,400 for 2019, a figure that is set to rise steadily over the next three years. As the target rises, so will the number of ITAs issued, but in a more steady and measured way than in previous years.

Under the Global Skill Strategy, a Canadian firm can hire a foreign skilled worker and have him/her working in the country within just two weeks.

The Global Talent Stream is akin to the US H-1B visa designed to bring in workers for in-demand occupations or companies focusing on innovative businesses and ideas with minimal formalities and processing delays.

All these factors, combined with the similarities in lifestyle, amenities, and future prospects between Canada and the US, has led to a marked shift in the preferences of young, talented, and ambitious Indians seeking a better life abroad.

39,500 Indians given permanent residence in Canada in 2018b Indians largest group in world to be invited to Canada.

The Trump administration’s policies for curbing the entry of Indians to the US by attempting to curtail the once popular H1-B visas notwithstanding, the Liberal Party-led Canada is working overtime to induce Indians, particularly Punjabis, in a country where ageing population needs educated workforce in the years to come.

The phenomenon was evident from the Immigration Division data that 39,500 Indian citizens were accorded entry in Canada in 2018 alone via its express entry system.

All of these 39,500 Indian citizens have obtained permanent residency (PR) in the maple country.

It was a whopping 51 per cent increase in comparison to entry of Indians to Canada in 2017 as permanent residents.

It was the Immigration Division which conducted admissibility hearings for certain categories of people believed to be inadmissible to or removable from Canada under the law.

It also conducts detention reviews for persons being detained under the Immigration and Refugee Protection Act.

The express entry in a way was an opportunity for citizens of different countries to enter Canada by way of invitation. More than half of all people given permanent residency in Canada hailed from India.

A total of 92,000 people from different countries were given permanent residence by the Liberal government in 2018.

As many as 46 per cent of the invitations were sent to Indian citizens. The invitations to Indians surpassed the numbers accorded to Chinese and Nigerians.

If this was not enough, a large number of Indians working in the US, sources pointed out, were migrating to Canada due to tightening up norms of residence in the US after Donald Trump assumed office.

Indians were already facing difficulties in obtaining H1-B visas and were facing problems like green card back logs.

Proposed US ban on the H1-B visa holders’ wives that they would not be able to work was also a contributing factor for the increased flow of migration of Indians to Canada in 2018.

These trends appear to be in place for 2019.