June 15, 2017 – Donald Trump’s travel ban has been dealt another blow after a second US appeals court upheld a decision to block the executive order. 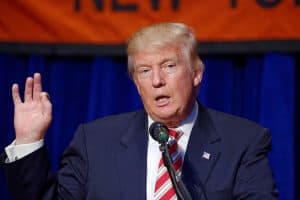 The latest ruling was made by the San Francisco-based 9th Circuit Court in the case brought by the state of Hawaii, meaning the second version of Trump’s executive order remains suspended.

The San Francisco decision comes after a separate appeals court in Virginia upheld a case brought in Maryland. It means there are two injunctions blocking Trump’s travel ban and both of them have been upheld by appeals courts.

“Well, as predicted, the 9th Circuit did it again – Ruled against the TRAVEL BAN at such a dangerous time in the history of our country,” the president tweeted.

The Trump-appointed Attorney General Jeff Sessions also spoke out again the decision. “President Trump’s executive order is well within his lawful authority to keep the nation safe,” Session said. “Recent attacks confirm that the threat to our nation is immediate and real.”

Trump has courted major controversy by apparently attempting to use the recent spate attacks in the UK as evidence his travel ban is justified.

As a result, the president’s state visit to Britain has apparently been delayed.

The executive order bans immigration for 90 days from six countries: Sudan, Syria, Iran, Libya, Somalia and Yemen. It also suspends the US refugee program for 120 days.

The Hawaii ruling suspended both the immigration and refugee program ban.

Despite the differences between the two executive orders signed by Trump, it is difficult to see past the fact that if the U.S. courts thought the first one was not legally sound, they are going to think the same about the second one.

The Trump administration must now decide whether to continue the legal battle, with a Supreme Court hearing looking likely.