January 9, 2017 – Canadian universities are reporting significant increases in numbers of applications from American students in the wake of Donald Trump’s election as president.

Major institutions including the University of Toronto, McGill University and McMaster University are seeing huge boosts in numbers when compared to those received at this point 12 months ago.

The increase comes after American traffic to Canadian university websites dramatically increased following the November 8 election, although institution staff were cautious about whether actual applications would follow.

But now the statistics are starting to emerge: A reported 34 per cent increase at McMaster, 22 per cent boost at McGill and ‘thousands more applications from American students’ at Toronto.

At the same time, potential international students from countries including India, Indonesia and Mexico say they are now less likely to choose America to complete their studies because of Trump’s impending presidency.

The perceptions of Canada and the U.S. could not be more different in the international community. While the U.S. has been electing Trump, Canada has recently announced sustained record immigration numbers and tweaked its immigration system to help satisfy economic needs. 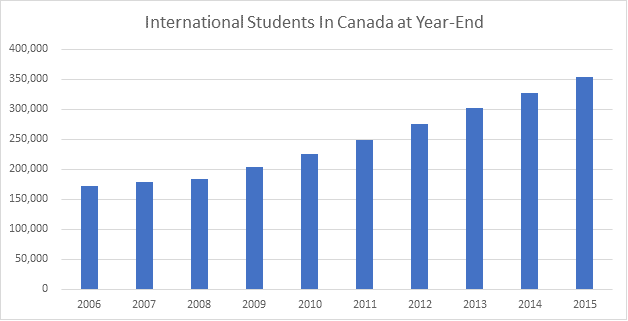