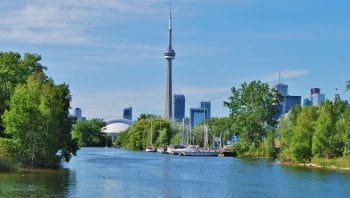 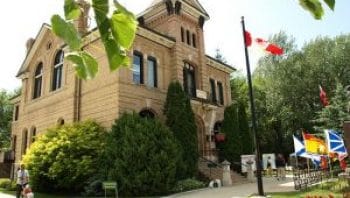 March 1, 2017 – The Manitoba Nominee Program issued more than 320 Invitations to Apply in the most recent draw made under its Provincial Nomination Program (PNP), made on February 27, 2017. Of those ITAs, 200 went to skilled workers already in Manitoba, with a minimum points score of 719. A further 124 ITAs were issued

Colin R. Singer
الثلاثاء, 14 فبراير 2017 / Published in Canada Immigration News Articles, Provincial News Articles 2017
Nova Scotia Premier Stephen McNeil sees a strong 2017 for new skilled immigrants in the province. With 1,350 spots for its Provincial Nominee Program and 800 in the Atlantic Immigration Pilot, places are there to be filled. N.S. could beat the post-war high it set in 2016 of more than 4,800 newcomers, Syrian refugees included. 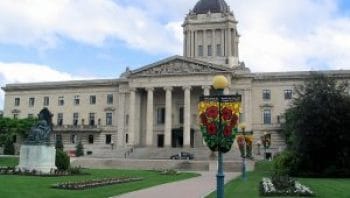 February 13, 2017 – Small border towns like Emerson, Manitoba, look set to come into the spotlight increasingly over the coming months as U.S. President Donald Trump looks for more ways to crack down on immigration. Just 700 people live in the town across the border from North Dakota, which is the first point of arrival 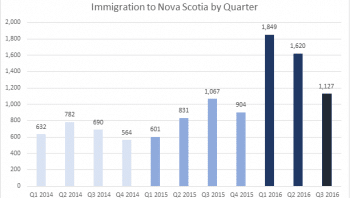 February 3, 2017 – Nova Scotia has seen a significant increase in immigration in recent years, and Premier Stephen McNeil says the province has a brighter future because of it. The province welcomed more than 4,500 new immigrants in the first three quarters of 2016, already more than both the previous two full years. Although these

Immigrants Flooding to Atlantic Canada – But They Do Not Stay

Colin R. Singer
الجمعة, 03 فبراير 2017 / Published in Canada Immigration News Articles, Provincial News Articles 2017
February 3, 2017 – Atlantic Canada is doing an excellent job of attracting new immigrants – but it is struggling to hold on to them. The first three quarters of 2016 saw 11,600 newcomers to the four provinces in the region, according to a report by the Atlantic Provinces Economic Council. That’s already up on the

Canada’s Atlantic Immigration Pilot: All You Need to Know 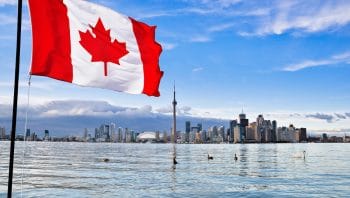 January 30, 2017 – Canada’s federal government has published details of the new Atlantic Immigration Pilot, being operated in partnership with provincial immigration authorities. The pilot, which will open in March 2017, will include programs for high-skilled and intermediate-skilled workers, plus international graduates. Up to 2,000 new immigrants will be accepted in 2017 to the four

Colin R. Singer
الثلاثاء, 24 يناير 2017 / Published in Canada Immigration News Articles, Provincial News Articles 2017
January 24, 2017 – The Ontario Immigrant Nominee Program (OINP) has launched a new online application process for its French-Speaking Skilled Worker Stream. The change is aimed at making it easier to apply for candidates and to reduce processing times. Candidates who received a Notification of Interest before January 23, 2017 can still submit a

Colin R. Singer
الإثنين, 23 يناير 2017 / Published in Canada Immigration News Articles, Provincial News Articles 2017, Quebec Investor Program
January 23, 2017 – With uncertainty surrounding the future of the US EB-5 under Donald Trump, Quebec is about to open applications for its popular investment immigration program. The Quebec Immigrant Investor Program (QIIP) offers a stable and well-administered alternative to the EB-5, which has been beset with problems relating to fraud, manipulation of so-called