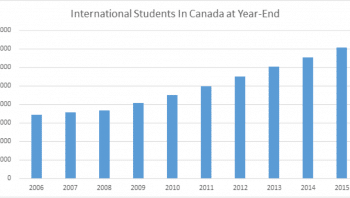 February 10, 2017 – Canadian universities expect a huge upswing in interest from international students following Donald Trump’s extreme anti-immigration policies in the U.S. But any increase in interest will not be fully realised until the application process begins again in September for places to start in the 2018-2019 academic year. Many schools – including the 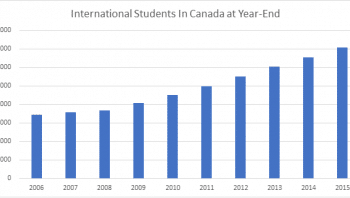 January 9, 2017 – Canadian universities are reporting significant increases in numbers of applications from American students in the wake of Donald Trump’s election as president. Major institutions including the University of Toronto, McGill University and McMaster University are seeing huge boosts in numbers when compared to those received at this point 12 months ago.