February 28, 2017 – Canada immigration is working to overhaul its immigration detention system, but that does not make a report detailing how children have been held despite having Canadian citizenship any less troubling.

The University of Toronto report highlights how an average of 48 children a year find themselves held in detention centres in conditions that can do them harm.

The report, titled ‘Invisible Citizens: Canadian Children in Immigration Detention’ says the best interests of children are being ignored and their human rights violated. At a time when Canada is being held up as a beacon of pro-immigration policy, it has not made comfortable reading for the federal government. 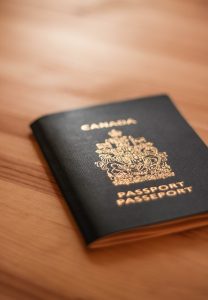 The Canada Border Services Agency, which is responsible for immigration detention, has since responded, saying it welcomed the report and highlighting the recently released National Immigration Detention Framework, design to overhaul the system and target some of the issues raised.

A CBSA statement says detention is used for children with Canadian citizenship only as a final option, and only after all other avenues have been explored.

“CBSA legislation and policy is clear in that children are detained only as a last resort and only after officers carefully consider what is in the best interest of the child(ren),” the statement reads.

“Detention guidelines require officers to consider all reasonable alternatives before detaining a minor under the Immigration and Refugee Protection Act.

“In cases of individuals detained with minors (including those with Canadian citizenship), CBSA officers work with the parent(s) and child welfare authorities to determine what is in the best interest of the child.

“In all cases, the parent’s view is an important factor that is taken into consideration. The assessment may result in a child staying with their parent in an immigration holding centre if it is deemed to be in the best interest of the child(ren).”

New, bigger holding centres in Laval and Vancouver will command the majority of the spending, as the government looks to reduce the number of detainees housed in provincial jails.

There have been 15 deaths in CBSA custody since 2000 and three this year, giving further fuel to calls for the system to be modernized.

The agency estimates there are up to 500 immigration detainees held at any one time.

The deal to use provincial jails to hold those deemed a security risk, a flight risk, or who have health problems holding centre are not equipped to deal with, was made under the previous Conservative government.

As well as moving away from all forms of detention as much as possible, the Liberal government also want to improve health care on offer and increase transparency by making the holding centres open to the Red Cross, United Nations, lawyers and spiritual advisers.

One option being considered is community supervision with a contractor already being sought to run a scheme that would oversee regular reporting, run substance abuse programs, offer help finding jobs and education opportunities and assistance with finding accommodation.