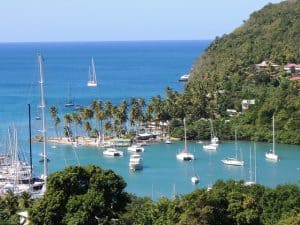 A Caribbean envoy has criticized a recent episode of CBS’s ’60 Minutes’ for failing to present a balanced view of the region’s Citizenship-by-Investment Programs (CIPs).

Ronald Saunders, Antigua and Barbuda’s ambassador to the U.S., says the show. entitled ‘Passports for Sale’. was only interested in portraying a negative view of the Caribbean programs in particular, failing to mention a vast majority of world’s other CIPs.

He argues that far from setting out to harbour criminals and tax dodgers, as the program suggested, the countries who run CIPs are simply motivated by finding ways to attract investment and grow their struggling economies.


In an article for Tribune242, Saunders wrote: “I understand the imperatives that compel governments, in adverse conditions, to seek new and creative ways to keep their economies alive and to continue to provide for their people.

“In the case of ‘60 minutes’, the reporters were not concerned about the underdevelopment and neglect that caused governments to market the most precious of all precious national assets – citizenship.

He continued: “The broadcast clearly had no purpose except to denigrate – if not to emasculate – the CIPs and the governments that operate them.

“It categorically stated that CIPs “attracted among the buyers a rogue’s gallery of scoundrels, fugitives, tax cheats and possibly much worse”.

“It neglected to mention that the vast majority of CIP recipients were wealthy law-abiding persons who had been subjected to intense scrutiny by enforcement agencies before their applications were even considered.”

Saunders felt the program failed to highlight that various Caribbean nations have implemented strict due diligence mechanisms designed to limit, if not eliminate, the exploitation of their programs by individuals outside the law.

He also felt the real reason behind the implementation of CIPs was not properly explained, and simply put down to the economies of the countries being ‘cash starved’.

‘All of the Caribbean countries involved with citizenship by investment programmes have come to them by necessity,” Saunders wrote.

“Poor terms of trade, vulnerability to financial down-turns in North America and Europe from where most of their tourists come, declining aid, persistent natural disasters and no access to concessional financing from international financial institutions, have forced them to be creative in raising revenues.

“They are all faced with fiscal deficits, high debt and an international environment that is unresponsive to their predicament”.

He also highlighted that the program failed to mention some of the programs run by more major countries including the U.S. (EB-5), Canada (QIIP) and the UK (Tier 1 Investor). While these programs offer permanent residency, they can lead to citizenship in the long term.