On January 2nd, 2013 Citizenship and Immigration Canada (CIC) began accepting applications for permanent residence under its widely anticipated Federal Skilled Trades Program. The program is quota based and limited to 3000 applications per year with sub quotas in many of the 43 targeted occupations.

Eligibility under the Federal Skilled Trades Class is assessed on a pass or fail basis, with applicants required to fulfill the following four requirements:

The Federal Skilled Trades Class is not open to applicants wishing to establish themselves in the Province of Quebec which has its own authority to select applicants.

Certification or Offer of Employment

Trade certification in Canada falls under provincial jurisdiction. Each province outlines which professions will be regulated and establishes regulatory bodies where applicable. Provincial certification is often difficult to obtain from outside Canada and accordingly, this program will be most beneficial to tradespeople who obtain an approved offer of employment from a recognized employer, or who are already working in Canada as temporary foreign workers. Not all trades are regulated in all of the provinces. Where a trade is not regulated, an offer of employment becomes mandatory.

Applicants must provide evidence that they have at least a basic proficiency in English or French language for all four language abilities, including speaking, listening, reading and writing. Only test results from a CIC designated language testing agency will be considered to establish proficiency.

Two of the most commonly used language tests are the IELTS for English and the TEF for French. Applicants must obtain the following scores in each respective language ability:

Eligible Trades and Caps on application

CIC will accept a maximum of 3000 applications in the Federal Skilled Trades Class in each calendar year. Eligible trades are separated into two categories: Those with individual sub-caps of 100 applications and those with no sub-cap.

Applications in the following trades will be accepted up to a maximum of 100 or until the total Class cap of 3000 applications is reached:

Applications in the following trades will be accepted until the total Class cap of 3000 is reached, with no sub-cap applying:

Persons interested in applying under the Federal Skilled Trades Class are invited to communicate with us at their convenience and/or to complete an assessment questionnaire. Upon receipt, we will assess your options. 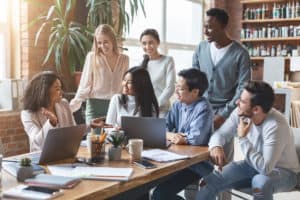 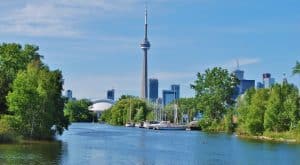