BC PNP Invites For Immigration To Canada Dominated By Foreign Students

March 13, 2017 – British Columbia immigration has continued its shift to ex-students when issuing invites for Canada immigration for the BC PNP.

In the most recent draw, on March 8, 2017, British Columbia immigration officials issued 377 invites under its five main streams, with 211 of them going to foreign graduates. 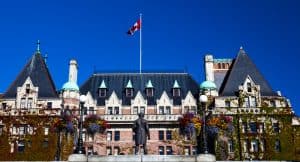 The latest draw continues an overwhelming trend seen at the end of 2016 and the beginning of 2017, with awarding permanent residence to more international graduates a stated aim of the federal Canada immigration department.

Skilled workers were issued with 60 invitations, while entry level and semi-skilled workers received just six invitations under the February 23 draw. There were also a further eight invitations in the British Columbia Entrepreneur Immigration category.