Best Interests of the Child

It is worth highlighting that any decisions on humanitarian and compassionate (H&C) applications would typically need to include assessments of the best interests of any child directly affected by the decision. In this context, the term “any child directly affected” refers to a Canadian or a foreign-born child. As such, it could apply to children outside Canada as well.

The relationship between the applicant and any child directly affected need not necessarily be that of parent and child. It could even denote any other relationship that the decision could affect. For instance, in some cases, a grandparent could be the primary caregiver of the child. Hence, the immigration decision could affect the grandparent, which would in turn, affect the child.

The material submitted along with the application would need to make it amply clear that the application relies in whole (or at least in part) on this aspect. An applicant is responsible for providing the justifications of the humanitarian and compassionate (H&C) application the individual is submitting. Some applicants might find it difficult to express themselves in writing. As such, the officers might feel that the situation warrants inviting the applicant to an interview. In some cases, the applicant might not be able to provide sufficient evidence for supporting the fact that the best interests of the child are a factor. In this scenario, the decision maker could well conclude that the situation does not justify the granting of the exemption.

The authorities require decision makers to be alert, alive and sensitive to the best interests of the children, when they assess humanitarian and compassionate (H&C) submissions. This is reflected amply in the case of Baker v Canada (Minister of Citizenship and Immigration), [1999] 2 SCR 817. As such, decision makers would need to bear in mind that children will rarely, if ever, be deserving of any hardship. This is amply reflected in the case of Hawthorne v Canada (Minister of Citizenship and Immigration), 2002 FCA 475, [2003] 2 F C 555. When faced with a comparable situation, some children could experience greater hardship than adults. As such, the circumstances that might not warrant humanitarian and compassionate (H&C) relief when applied to adults, could nonetheless entitle relief to a child. This is reflected in the case of Kanthasamy v Canada (Citizenship and Immigration), 2015 SCC 61.

It is worth highlighting that the codification of the principle of “best interests of a child” into the legislation does not mean that the interests of the child would outweigh all the other factors applicable in a case. It simply means that officers would need to give substantial weight to factors affecting children. More importantly though, it means that the best interests of a child form only one of many important factors that decision makers would need to consider when they make humanitarian and compassionate (H&C) decisions that directly affect a child.

The outcome of a decision under the provisions specified in A25 (1) that directly affect a child will always depend on the facts of the case. As such, decision makers would need to consider all evidence that an applicant submits in relation to their A25 (1) request. The guidelines that follow do not constitute an exhaustive list of factors relating to children. In addition, they are not necessarily determinative of the decision either. Instead, the authorities have formulated these as guides for illustrating the types of factors that are often present in A25 (1) cases that involve the best interests of a child.

The Factors to Consider

Generally, officers would need to consider factors relating to a child’s emotional, social, cultural and physical welfare when these subjects come up. Some examples of factors that applicants could raise typically include (but are not limited to):

The facts surrounding a decision under the provisions specified in A25 (1) could occasionally lead to the issue of whether the decision could place a child directly affected in a situation of risk. However, it is worth mentioning that this issue of risk could arise regardless of whether the child is a Canadian citizen or foreign-born.

The Situation When the Children Are 18 Years or Over

The officers would need to consider the Best Interests of the Child when the child is below 18 years of age at the time the authorities receive the application. In some cases, the situation of older children might be relevant. As such, the authorities would need to take this in consideration when they go about the humanitarian and compassionate (H&C) assessment. But, it is worth highlighting that if the children are not under 18 years of age, then this does not constitute a case involving the best interests of a child.

The relevant cases to this situation include:

This specification applies to applications made in Canada and overseas 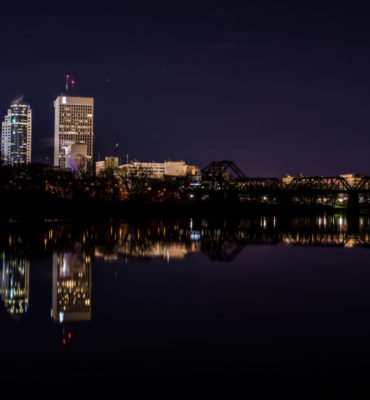