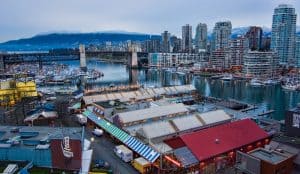 British Columbia has opened a new trade office in the Philippines as it looks to capitalize on the growing economy in the Southeast Asian country.

Officials including Premier Christy Clark were at the official opening in Manila, as Canada’s western province looks to boost business relations in the region.

The new Trade and Investment Representative Office aims to help Canadian companies do business in the Philippines, and attract Filipino investment in B.C.

B.C. and the Philippines

“We are positioning B.C. to capitalize on the many opportunities in the Philippines, which has one of the fastest-growing economies in the world,” Clark said.

“The office opening marks a new chapter in B.C.’s relationship with the Philippines, supporting increased flow of goods, services, ideas and people between our two jurisdictions.”

The office is B.C.’s 12th around the world as it looks to build on the success that means it currently ranks as Canada’s best performing province economically.

Filipinos are currently the major nationality entering Canada, be it as temporary foreign workers, permanent residents or new citizens.

While the Philippines is far short of the top five when it comes to international student visas, the numbers are growing, from just over 500 in 2005 to a peak of 2,000 in 2013.

During her Philippines trip, Clark met with executives from the Ayala Corporation, a major business which has invested in the booming B.C. real estate market and linked up with several technology firms in the province.

It is hoped Ayala will expand its investment and build a North America head office in Vancouver.