September 22, 2017 – The latest draw conducted by the British Columbia Provincial Nominee Program saw a minor increase in the number of invitations to apply, as the required scores again dropped. 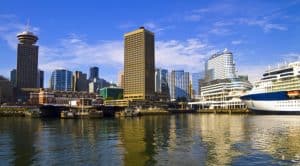 The invitation numbers included a technology-only draw that took place on September 20, 2017.

The draw was dated August 31, 2017, but the numbers also included a technology-only draw on September 6, 2017, according to the B.C. immigration website.