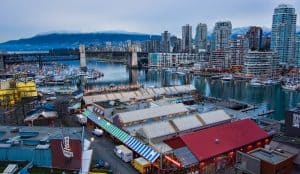 Jan 17, 2018 – British Columbia immigration has seen a 586 per cent increase in the number of new immigrants gaining permanent residence through the Canada Express Entry system since it began in 2015.

Permanent residents are significant because, unlike temporary foreign workers or international students, they are likely to contribute to the long-term growth and development of the community.

Language training and employment services have witnessed an uptick in demand in Prince George, especially from immigrants and international students arriving from China, India, and the Philippines. The latter two countries have contributed the most permanent residents to the city between 2006 and 2016.

Considering that just 50 Syrian refugees were settled in the region between 2015 and 2017, it is evident that increased immigration can be attributed primarily to the federal and provincial skilled worker immigration programs.

Applicants are allotted points on, among other factors, age, language proficiency, work experience, education and past study or work experience in Canada. Those who qualify into the pool receive an Invitation to Apply based on fortnightly draws conducted by the federal government, as well as provincial draws.

Apart from immigrants applying through Express Entry, Prince George may be attracting new permanent residents from the rising number of international students studying in local colleges and universities.

The number of students who graduated in the city and chose to continue under a work permit has risen from 75 in 2015 to 120 as of November 2017. Such work permit holders may be, upon fulfilling eligibility requirements, achieving permanent residence.

Thus, the twin approach of attracting skilled workers through federal and provincial programs and ensuring international students opt for work permits and, eventually, permanent residence may explain the unique status of Prince George in the region.