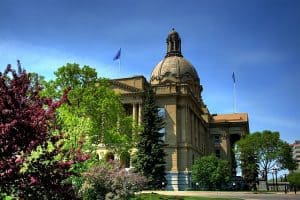 The figure of 946 claims was revealed following a question to the House of Commons Standing Committee on Citizenship and Immigration.

It has been reported that 3,000 claims in 2017 would see the policy reviewed.

Immigration Minister Ahmed Hussen’s office says an increase was anticipated following the relaxation of the requirement and that more time is needed to see if a trend is emerging.

The previous Conservative government put the visa requirement in place in 2009 following a surge in asylum claims. In 2008, there were 9,400 Mexican claims in Canada.

Unlike recent asylum claims from Haitian nationals, just 13 of the 946 claims from Mexicans featured illegal border crossings. The vast majority were made at official ports of entry.

Other figures also show how the increase in the number of Mexicans at the border is becoming an issue.

The Canada Border Services Agency (CBSA) says 2,391 Mexicans were detained between January and the first week of September 2017, compared to just 411 detentions in the whole of 2016.

Deportation of Mexicans has also risen sharply since Canada’s move to withdraw the visa restriction.

Speaking to the Daily Beast, Singer raised concerns that numbers like 2009 could return after Prime Minister Justin Trudeau lifted the requirement against official advice.