Canada Border Services Agency Under Pressure to Change its Ways 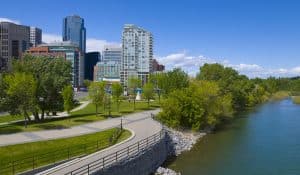 Pressure is increasing on the Canada Border Services Agency (CBSA) to review its methods following the death of a third person in its custody this year.

The campaign to make the agency more transparent gathered momentum as a 24-year-old man died in an Edmonton provincial jail, becoming the 15th to die in CBSA custody since 2000.

There is no onus on the agency to release details of the death, right down to the name and nationality of the detainee.


Public Safety Minister Ralph Goodale is leading calls for a review of all of Canada’s security and intelligence offerings, including the CBSA

“We will be looking at where there are gaps in the existing architecture,” Goodale said.

“One obvious one is CBSA, the border services agency that has no review mechanism whatsoever.”

Canada has drawn criticism from the UN over the CBSA’s power to detain persons indefinitely. By comparison, both the US (six months) and UK (28 days) have placed time limits on their detention powers. In Canada, people can end up being detained for years.

The hard figures show Canada detained 6,768 people between April 2014 to March 2015, 2,366 of whom were released and 3,325 deported. While the average detention is 24.5 days, there is no limit, and the lack of space in CBSA custody means many end up in provincial jails, as was in the case in the latest death in Edmonton.

Ontario health care professionals this week sent a 140-signature petition to Yasir Naqvi, Ontario’s Safety and Correctional Services Minister, urging the province to stop the use of provincial jails.

Electronic tracking is one method understood to be being considered, relieving the pressure to find space in jails.

Both Ontario and Nova Scotia already use versions of the tagging system, which involves a detainee wearing an ankle bracelet.

Such policies could prevent another case like the one of 16-year-old Syrian Mohamed, sent to Canada by his parents in January to seek a new life.

Mohamed was greeted at the airport by the Canada Border Services Agency, apprehended and sent to the Toronto Immigration Holding Centre, where he was placed in isolation for three weeks.

The lack of statutory prohibitions against the use of solitary confinement for juveniles allows its continual use in Canada.  The policy, a holdover from the former Conservative government, must be abolished for juveniles.