Sep 19, 2017 – High net worth investors are continuing to be drawn to Canada despite the lack of a federal passive investment immigration program leading to Canadian permanent residence, a new report has found. 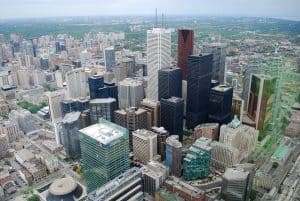 Global Data’s ‘Wealth in Canada: HNW Investors 2017’ report found that expats accounted for one in five high net worth investors in Canada in 2016.

Under QIIP, candidates with a legally acquired net worth of at least $1.6 million are required to invest $800,000 over five years bearing no interest. The program is currently accepting new applications, with the current window set to close on February 23, 2018.

Although the QIIP is the only remaining passive investment program, several of the Canadian provinces manage their own active business and entrepreneur streams.  But without exception, all such programs operate under strict, limited quotas. The options for permanent residence under business immigration programs are thus very limited.

Federally, the two most prominent options are the Start-Up Visa Program and Self-Employed Class. It was recently announced that the Start-Up Visa program would become a permanent offering in 2018 when the pilot period expires. The federal Immigrant Investor Venture Capital Pilot Program is still operational, but investment and net worth requirements make it unviable.

Global Data’s Andrew Haslip said: “No major wealth manager in Canada’s largest cities can afford to do without a proper expat proposition to target this sizable opportunity.”

Many applicants to Canada are looking to alternative pathways to Canada.  Once such option is applying under Canada’s business immigration temporary work visa program.

Given Canada’s continued strong draw for immigrant investors, the federal government should consider re-introducing a viable passive investment program, offering permanent residence.  The Quebec model is an excellent example of the benefits a passive program can generate.

The benefits of the QIIP to Quebec are undeniable. From 2001-2016, it gave $714 million to 4,737 businesses in 17 territories in the province.  A compelling 2010 study conducted by three economists in Ontario and Quebec concluded that an average investor directly injects more than $770,000 into the economy during a five-year investment period.

In pursuing this new policy initiative, Canada would be in position to attract the world’s most successful ultra high net worth business people along with their families and by extension their business networks.

This could prove highly lucrative and provide Canada with a large inflow of cash which it badly needs.  If executed strategically, Canada will also realize significant gains to its human capital in the immediate term and, through the children of such business people, in the long term. The human capital benefit that the children of successful business people bring to Canada is immeasurable and invaluable.

Under a revised federal immigrant investor program, Ottawa would likely account for more than 70 per cent of the market, a position it held at the peak of its popularity in 2010. In doing so, British Columbia and Ontario would benefit from its share of Ottawa’s transfer payments.

Together with Quebec, Canada could again become a dominant player in the international residency through investment industry and perhaps match or surpass the popularity of the EB-5 program in the United States, which admits 10,000 business immigrants annually.

If Canada is to return to the forefront of the business immigration field, it must replicate a modified format of the QIIP and other successful international programs. It needs a well-devised, targeted model that creates a capital fund for Canadian businesses and attracts the right calibre of applicants. Central to this is a clear policy objective featuring program integrity, international competitiveness, processing cost efficiency and fast processing.

The substantial financial benefits to Canada could well be surpassed by the undeniable human capital benefits. The right policy would attract the world’s most innovative and wealthiest business people and their families.

Additionally, Canada could take the lead on the global stage by creating an international charitable fund for refugees from a portion of the proceeds of investment inflow. In doing so, it would ensure that the world’s wealthiest are directly assisting the world’s immigrant population who are most affected by international conflicts.  This is one of the hallmarks of effective immigration policy.