Aug 9, 2017 – The federal government is being criticized for charging the same Canada citizenship application fee to minors as it does to adults. 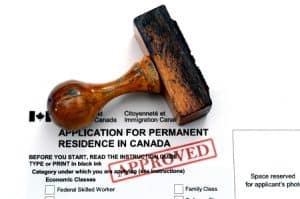 As part of changes to the Citizenship Act made on June 19, 2017, minors are now allowed to apply for citizenship without their parents.

However, they must pay the full fee of $530, instead of the $100 they were charged when part of a parent’s application.

Critics say the type of vulnerable children who would need to apply for citizenship without their parents are unlikely to be able to afford such a high fee. They are calling on the Canadian government to introduce a reduced fee specifically for applications from minors.

The Canada citizenship application fee is controversial, as it was held at $100 for all applicants until 2014. The previous Conservative government raised it to $300 in 2014, and then raised it again to $530 in 2015.

The move was blamed for a sharp drop in the number of citizenship applications submitted to Immigration, Refugees and Citizenship Canada in the early part of 2016.

Several important changes are being made to the Canada Citizenship Act after Bill C-6 was given Royal Assent on June 19, 2017.

These changes will be phased in with some taking place immediately, others in fall 2017 and the final modifications in early 2018.