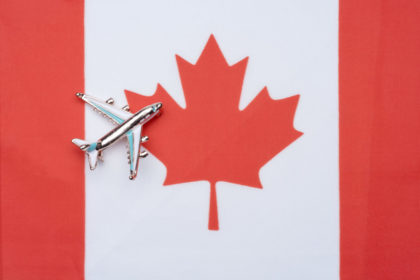 Canada has confirmed it welcomed 35,660 new permanent residents in June, eclipsing any other month since at least 2015 and pushing nearer the kind of rate needed to hit ambitious immigration targets.

Since the start of the COVID-19 crisis in March 2020, the highest monthly immigration total was 24,675 in January, well behind the numbers needed to reach the stated goal of 401,000.

With 144,715 newcomers welcomed in the first half of the year, Ottawa remains well behind the numbers in its fall 2020 immigration levels plan.

After averaging 24,119 new permanent residents per month between January and June, a monthly average of 42,714 newcomers per month is now needed in the second half of the year.

Despite such apparently unlikely numbers, Immigration Minister Marco Mendicino has continued to express his confidence that Ottawa will reach its target this year, and over the next two years.

The relaxation of travel restrictions in the wake of COVID-19 is of crucial importance to Canada’s chances of reaching the 401,000 targets this year.

Most recently, Canada began allowing fully vaccinated Americans to cross the land border, while restrictions on non-essential international travel for the fully vaccinated are expected to be lifted as of September 7.

Both follow the initial step of removing of the 14-day quarantine for fully vaccinated citizens, permanent residents, plus others allowed to travel, including work permit holders, in early July.

Early July also saw Canada begin to allow in holders of Confirmation of Permanent Residence (COPR) documents issued after March 20, 2020, opening up another source of thousands of new immigrants.

Ottawa also announced on August 11 plans for COVID-19 vaccine passports for international travel, which will likely be available for citizens, permanent residents and temporary residents by the fall.

The digital proof of vaccination can be presented to foreign border officials to ensure travellers comply with health requirements.

Meanwhile, Immigration, Refugees and Citizenship Canada (IRCC) has also significantly increased the numbers of Invitations to Apply being issued through Express Entry, with two consecutive record quarters in which more than 40,000 ITAs were given out.

Canada’s impressive vaccine campaign has been successful in driving down COVID-19 case numbers, although it appears on the cusp of a fourth wave, driven by the Delta variant.

Officials hope that high vaccination rates – the highest among the G20 group of countries – will allow Canada to control hospitalizations and deaths during the fourth wave.