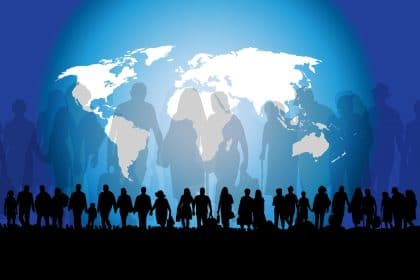 Nearly 14,000 Syrians were privately sponsored between November 4, 2015 and December 19, 2016, as Canadians responded to a growing crisis caused by a bitter civil war in the Middle Eastern country.

Officials from Argentina, Australia, Brazil, Britain, Chile, Germany, New Zealand, and the U.S. attended a conference in Ottawa in December aimed at learning how the model works, and how it could be applied in their countries.

Private sponsorship has been used here since the 1970s, but shot to prominence as Canadians lined up to help Syrians over the last year.

Canada’s attitude to welcoming Syrians was lauded around the world in late 2015 and throughout 2016, as the federal government made good on an election promise to bring in 25,000 refugees by last February.

The overall figure now sits at 38,713 as the process continues, albeit at a slower pace.

As other countries, including Britain and the U.S., have been gripped by support for anti-immigration, protectionist policies, Canada has become a beacon for exactly the opposite attitude under Prime Minister Justin Trudeau.

However, the process of welcoming and integrating such a wave of refugees has not been without its problems and challenges.

As the anniversary of the arrival of the first Syrians to Canada went by in December 2016, the early newcomers without jobs began claiming via provincial social benefits channels instead of refugee-specific funds.

The reality is setting in concerning the difficulties of integrating into a new life and, most importantly, entering the workforce.