October 11, 2017 – Canada’s treatment of immigration detainees is back in the spotlight after human rights activists urged the UN to put pressure on the federal government. 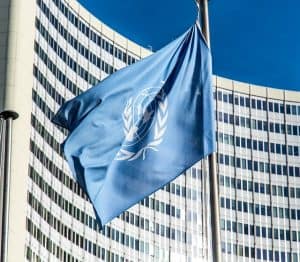 A joint submission has been filed to the UN Human Rights Council in Geneva calling for it to urge Ottawa to set up an independent body to oversee the Canada Border Services Agency.

The council begins its review of Canada’s human rights record at the start of 2018, a study that is conducted once every four years.

Central to the issues raised in the submission is Canada’s indefinite detention of immigration detainees.

Detention of Mexicans At Canada Border Highest In a Decade

“In many cases, this treatment constitutes arbitrary detention, as well as cruel, inhuman, and degrading treatment,” the joint submission said.

“There is no legislatively prescribed limit to the length of detention, and as such, detainees have no way to ascertain how long they will spend in detention. A needlessly punitive culture persists within the immigration detention system, and it is enabled by a series of systemic issues that must be addressed through legislative, regulatory, and policy amendments.”

Canada’s detention of children and people with mental health issues is also controversial, while the use of provincial jails to house certain immigration detainees is another central problem.

CBSA officials hold people if they are deemed dangerous, considered a flight risk, or their identity cannot be confirmed.

One common problem is an inability to prove citizenship, meaning the countries that detainees claim as home are unwilling to take them.