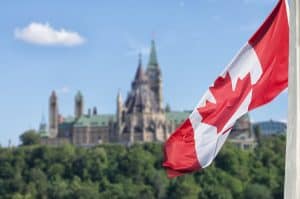 June 11, 2018 – Canada has created a Francophone Immigration Policy Hub in its latest bid to increase the number of French-speaking new permanent residents.

It is designed to improve communication between federal, provincial and territorial officials on ways to hit Francophone immigration targets.

A key task of the hub will be to finalize a departmental strategy on how to hit Francophone immigration targets.

The aim is to increase the number of French-speaking immigrants outside of Quebec to 4.4 per cent of all immigrants by 2023.

Immigration Minister Ahmed Hussen said: “The department is committed to working in collaboration with Francophone organizations and institutions to ensure that our immigration strategy reflects the needs of Francophone minority communities outside of Quebec.”

How Is Canada Boosting Francophone Immigration?

Action Plan for Increasing Francophone Immigration Outside of Quebec

Just 4,400 French-speaking immigrants, or 1.8 per cent of total, settled outside Quebec in 2016, despite several policies aimed at increasing the numbers.