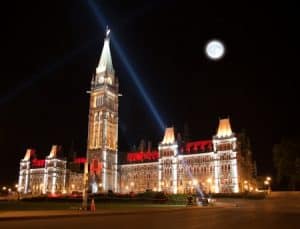 It also looks at ways to considerably drop the number of children held in immigration detention, a highly controversial practice.

The document would represent a significant change in Canada’s immigration detention policies, although it is not a commitment by the CBSA. Instead, it is more of a statement of direction.

CBSA detention policies have come under significant pressure recently, and this document is the result of consultations conducted in 2016 with stakeholders.

Statistics show immigrants were detained for an average of 23 days in 2016, but there are cases when the detention has dragged into several months or years.

Canada is among only a few developed countries to place no limit on immigration detention.

Some European countries have set their limits as low as 45 days, Mexico has a 60-day limit, while the US Supreme Court says release should happen after six months in cases where deportation is unlikely.

Canada has drawn international condemnation for its policy, with the United Nations calling for a limit to be introduced back in 2015.

The federal government is concerned that by setting a limit, detainees will simply not cooperate with a view to reaching the set period before being released.

Support for ending the use of jails has gathered pace after three deaths in 2016 and 15 in total since 2000.

Canadians can have their say on immigration detention by filling in a CBSA questionnaire here.