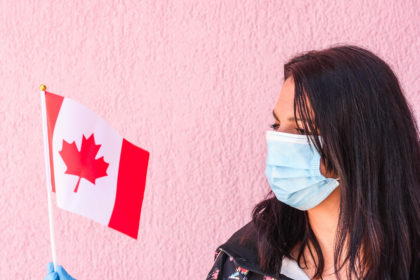 The figures were released by Immigration, Refugees and Citizenship Canada (IRCC) on Tuesday.

It means Canada’s pre-coronavirus plan to welcome 341,000 new permanent residents in 2020 is unlikely to be fulfilled, although some of the numbers could be made up as restrictions are eased later in the year.

As of June 9, 2020, restrictions remain in place, meaning May figures for new permanent residents are likely to be similar to April. 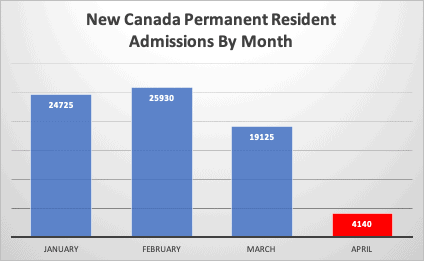 Since March 26, only permanent residents who were approved before March 18 have been allowed to travel to Canada.

Anyone entering Canada from the US or any other country is required to self-quarantine for a period of 14 days upon entry.

Federal and provincial authorities have continued to conduct immigration draws since the pandemic took hold, but the dramatic impact on permanent resident arrivals was inevitable.

Canada’s federal Express Entry system has switched to program-specific draws for provincial nominees and the Canadian Experience Class, with candidates in both categories more likely to be already in Canada.