April 25, 2017 – Canada Immigration Minister Ahmed Hussen has underlined what he considers the hallmarks of a successful immigration policy.

The one-time Somali refugee, who took over at Immigration, Refugees and Citizenship Canada in January, says immigration is central to building Canada as a nation.

The broad spectrum of newcomers – from refugees to high-skilled workers – add depth to a unique and developing Canadian society, Hussen says. 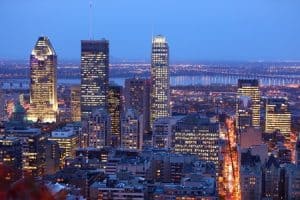 “There are very substantial contributions to our economic growth, our prosperity, to our social and cultural mosaic,” Hussen told Business Insider when talking about immigration.

“There’s an understanding in Canada that immigration is a net-positive for our society,” Hussen added.

“And that we should continue to have a very robust immigration system that welcomes those in need of protection but also those that want to come and give us their skills and talents.”

As the minister in charge at IRCC, Hussen has taken on one of the busiest roles in the federal government.

Since Justin Trudeau’s Liberals came to power in 2015:

While many of these changes happen under previous Canada Immigration Minister John McCallum, Hussen came into the job at a particularly important juncture.

As U.S. President Donald Trump sets about attempting to unravel the system south of the border, Canada has been thrust into the position of world leader on immigration.

But the most important move looks to be the establishment of the Global Talent Stream of TFWP.

Just as the U.S. cracks down on its own H-1B visa, Canada is set to introduce two-week Canada visa processing for skilled workers.

The move is set to see Canada further established at the forefront of work immigration policy, and Hussen is the face of the government department.

“Canada is a nation of immigrants,” he said.

“We’ve always had immigration as a key tool for economic growth and nation-building.

“Our immigration system welcomes everyone from all over the world.”