April 7, 2017 – The Canada economy added more than double the number of Canada jobs in the first quarter of 2017, compared to the same period of 2016. 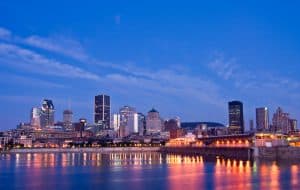 With the final quarter of 2016 also a strong period for Canada jobs, the last six months have been prosperous for the Canada economy.

Over the year, employment has increased by 276,000, or 1.5 per cent, with full-time work seeing the biggest gain.

Canada unemployment at the end of March was at 6.7 per cent after a monthly jobs gain of 19,000.

In the provinces, Alberta was a star player with more than 20,000 jobs added, as the recovery from the oil slump continued in March.

Alberta unemployment was stable at 8.4 per cent, down from a 9 per cent peak in November 2016.

Nova Scotia saw a Canada jobs boost of 4,600, although the province saw a rise in unemployment to 8.6 per cent due to more people looking for work.

Manitoba, meanwhile, saw its unemployment rate fall to 5.5 per cent after adding 2,800 jobs.

This low unemployment (compared to 6.7 per cent nationally) was still not enough to topple British Columbia from top spot.

B.C. added 4,200 jobs in March for an unemployment rate of 5.4 per cent, still the lowest among all provinces.

Canada’s three most populated provinces have seen solid gains in employment over the last year.

If you are looking for assistance in relocating to Canada and finding a job, contact Global Recruiters of Montreal, immigration.ca’s in-house recruitment agency.