Parts of the world deemed dangerous for Canadian citizens should be identified on passports and not by online travel advisories, according to a former MP. 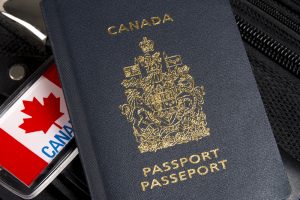 Dan McTeague believes it should be made clear that a citizen will not get any consular help should they choose to travel to these countries and get into trouble.

McTeague, who served five terms as a Liberal MP, made his comments following the death of John Ridsdel, the 68-year-old Canadian citizen murdered in the Philippines by Abu Sayyaf, a group of criminals known for kidnapping and assassination.

By travelling to dangerous areas, you are accepting responsibility for what might happen and therefore can expect no help from the government if something does occur, said McTeague, who worked in the minister of foreign affairs’ office.

Abu Sayyaf members were demanding an $8 million ransom for Ridsdel. The group is also holding hostage a second Canadian, 50-year-old Robert Hall, a Norwegian man and a Filipino woman, with similar ransoms being demanded for each individual.

McTeague, who was once responsible for consular affairs, said he didn’t know of a single case Canada ever paid a ransom.

“Canada does not and will not pay ransom to terrorists directly or indirectly,” Trudeau said in Alberta.

“We need to make sure that terrorists understand that they cannot continue to fund their crimes and their violence taking innocents hostage.”

But David Kilgour, the one-time Secretary of State for Latin America, Africa, and Asia-Paciﬁc, said that while Trudeau was right to say what he said, ransoms are sometimes paid through third parties.

Kilgour said it was important for Trudeau to put his message out there, but in reality rich countries are sometimes forced to organise payments.

Kilgour oversaw the case of eight Canadians being kidnapped in Ecuador in 1999 by a group believed to be Colombia’s National Liberation Army. They were freed after Edmonton-based United Pipeline Systems, who employed seven of the eight, paid a ransom of $3.5 million.

Gar Pardy, who handled more than 100 cases of Canadians being kidnapped during his time as a Department of Foreign Affairs ofﬁcial says no-one ever got released for free. He says countries, including the US and Israel, may have a public hard line but are often force to make payments.

Pardy says Trudeau should have avoided making such a public declaration.