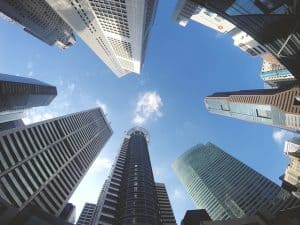 October 9, 2017 – Canada maintained its lowest unemployment rate since 2008 in September 2017, according to the latest government data.

Statistics Canada says a small employment increase of 10,000 over the month saw the unemployment rate hold steady at 6.2 per cent.

The year to September has seen a growth of 320,000 jobs, spearheaded again by gains in full-time work, although the third quarter of 2017 saw slower growth (0.2 per cent) than the other two quarters.

September also saw employment gains for those aged 55 and older, and a drop for men aged 25 to 54. These statistics are further evidence of Canada’s aging population, a key driver behind rumoured plans to increase the number of immigrants welcomed here in 2018.

In Ontario, the employment rise of 34,700 jobs was the fourth gain in the last five months, driven by gains in wholesale and retail trade, and educational services. The provincial unemployment rate of 5.6 per cent puts it third behind B.C. and Manitoba. Ontario has now added 170,000 jobs in the last year for a 2.4 per cent employment rise.

Quebec unemployment remained steady at 6 per cent, although employment fell slight by 7,600 jobs in September. The French-speaking province has now seen a jobs rise of 54,000 on the year, and a drop in unemployment of 0.9 percentage points over the same period.

Looking at the jobs picture by industry, Ontario and Quebec drove an increase of 20,000 jobs in the educational services sector.

Elsewhere, a September rise of 17,000 jobs in wholesale and retail trade means the industry has added 99,000 jobs on the year for a growth rate of 3.6 per cent.