The tech industry is a global one. Canada’s best tech entrepreneurs already understand the value of building international relationships as a number of such companies choose to base their companies in Canada. It is no wonder that more Silicon Valley companies and their investors are, in turn, taking greater notice of tech hubs outside the U.S. as great places to recruit talent and set up satellite operations. 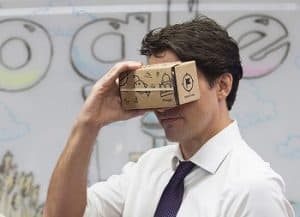 Canada gets recognized when its highly skilled workers who work for large multinational firms are assigned overseas and then return home to apply their acquired international experience.  International tech firms who establish operations in Canada can draw on the skills of our highly trained work force.  Such firms in turn, provide Canada with invaluable experience on how world-changing tech companies are built and managed.

While Canadians should support and favour our entrepreneurs as they build their businesses, this should not be done to the exclusion of welcoming foreign tech companies here. This would mean missing out on the expertise, capital and winning culture required to compete globally.

Canadian tech companies have employed scores of highly skilled people and put hundreds of millions of dollars into our economy. Foreign tech investment can feed a domestic ecosystem. In Ireland, the entry of tech giants such as Google, Apple, Facebook, Twitter, LinkedIn has helped fuel a startup boom as tech workers gain experience and then strike out on their own. Similarly, in Vancouver, Montreal and the Toronto-Waterloo region, Canadian successes like Shopify, D2L, Hootsuite, Influitive and Vidyard are thriving alongside international tech giants.

Prime Minister Trudeau was recently present for Google’s launch of its new Kitchener-Waterloo engineering office. Earlier that same day, Trudeau visited BlackBerry and the University of Waterloo, bringing to light the positive impact of Google’s presence for the local tech community.

In addition to creating world-class jobs for Canadians, Google has worked with Communitech, Waterloo’s non-profit innovation centre, to set up Canada’s first Google for Entrepreneurs hub. It provides local startups with mentorship, resources and connections into Silicon Valley.

Over the past decade, Google’s acquisitions of local startups financially enabled its company founders to invest some of the proceeds back into other local startups in the form of angel investments, and to lead promising new ventures such as Axonify, a Waterloo software company.

Google’s growing Waterloo presence has also served as a beacon to other Silicon Valley companies such as Square, NetSuite and Everalbum. This is a perfect example of how international companies breathe fresh life into a Canadian ecosystem in the wake of the collapses of Nortel and BlackBerry. The Canadian economy has picked itself up from those two losses were, emerging stronger with several homegrown companies growing significantly; risk-capital investment trending upward; continued excellence in research in such fields as quantum computing; and a coast-to-coast explosion in startup activity supported by incubators and accelerators.

While it is worth discussing the role federal policy can play in building the best innovation strategy for Canada, it is equally important not to allow protectionism and insecurity from holding opportunities back. By increasing the total number of technology jobs in Canada, future generations will benefit immensely from a successful tech sector.   In fact by many accounts, by 2019 there will be as many as 182,000 high-paying technology jobs up for grabs in Canada.  Companies seeking to employ temporary foreign workers in this sector must be able to hire, train, and retain its workers.

In the bigger picture, the rise and fall of tech companies is part of the renewal cycle that Canada aims to embrace and foster. Our strength can only increase as more Canadians gain exposure to the kind of success that the Googles, Apples and Facebooks of the world represent.