Some of Ontario’s top lawyers have demanded the province’s government end the ‘harmful practice’ of putting immigration detainees in jails. 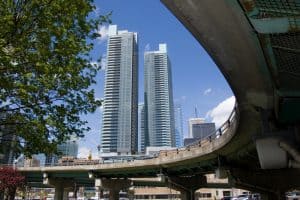 Under the October 2014 agreement, the Canada Border Services Agency can move detainees without explanation from immigration holding centres to provincial jails. The letter claims this is done on an ad-hoc basis with no accountability on the part of CBSA officers.

“Immigration detainees are rarely given any notice that they are going to be transferred to a jail; are provided with no disclosure of any evidence used to inform the transfer decision; and receive no written reasons for why the transfer occurred,” the letter reads.

“On one day, a detainee who has no criminal history or charge may be with her family in low security immigration holding centre, and the next she could be wearing a prison jumpsuit and be behind bars in a maximum security prison, based on the decision of a single officer whom she may have never met.”

The open letter comes amid gathering support for the use of provincial jails to be ended after three deaths this year and 15 in total since 2000.

The CBSA is under pressure to change its ways including its power to detain individuals indefinitely. Both the US (six months) and UK (28 days) have place strict limits on how long people can be held without charge or trial.

The letter reads: “We are gravely concerned that there are no public laws or regulations governing when and in what circumstances an immigration detainee can be transferred to, and incarcerated in, a provincial jail.

“We call on the Government of Ontario to bring an end to this harmful practice immediately.”

Provincial jails are used when a detainee is considered high risk, which may include having a criminal background, outstanding charges, a history of violence or that they are an escape risk. Those with physical and mental health problems are also transferred, because adequate medical care is not available at holding centres.

Specifically, the letter demands the federal-provincial agreement is phased out completely over the next year, with the immediate halting of the transfer of detainees with physical and mental health problems.

Of the 7,300 immigrants in CBSA custody in 2013, a third were placed in jails, the letter claims. It also says detainees are denied the human rights that prisoners enjoy, as well as being placed in solitary confinement and enduring ‘lock-down’ protocols.

“Prisons are part of the criminal justice system,” the letter says.

“Their principal function is to hold those charged with and convicted of criminal wrongdoing. Individuals held for immigration purposes should not be transferred to, and detained in, these institutions.”