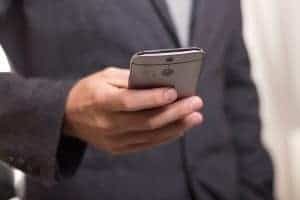 In a joint venture with the Netherlands, travellers will be asked to submit details for pre-screening including vaccination record, bank statements and proof of university education.

An initial pilot will see the app focus solely on travel between Canada and the Netherlands, but if successful the service will be rolled out globally by 2020.

Canada already has a trusted traveller agreement with the U.S. called Nexus. Much of the detail of the Known Travel Digital Identity plan mirrors that of the Nexus arrangement.

Such arrangements are being worked on as the future of international travel, given traffic is expected to jump to 1.8 billion arrivals per year by 2030.

The pilot program and figures were announced during the recent World Economic Forum in Davos.

Biometric and facial recognition technology is also expected to be used as part of the new system.

Users will be able to build the strength of their profiles the more they travel, effectively becoming ‘more trusted’.

Critics are concerned the app will create a two-tier travel system with long queues for those who choose not to sign up.

Meanwhile, Ottawa is investing in a range of alternatives to limit the number of people being held in Canada immigration detention.

The Canada Border Services Agency is investing in a state-of-the-art phone system that includes voice recognition and the ability to pinpoint a person’s location via GPS. The new system is expected to be launched in April 2018.

Canada’s use of jails and the indefinite detention period has drawn criticism from the human rights wing of the United Nations, with the majority of its peers, including the U.S. and the U.K., placing limits on how long people can be detained without trial.