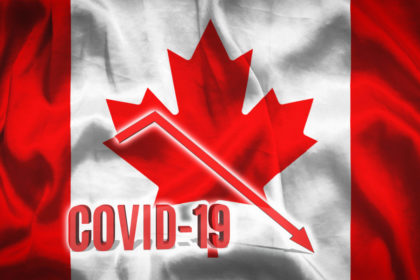 “International migration has accounted for more than three-quarters of the total population growth since 2016, reaching 85.7 per cent in 2019,” the report released today states.

“Following border and travel restrictions to curb the spread of COVID-19 in March 2020, this percentage fell to 58 per cent. Population increase through international migration in 2020 was over 80 per cent lower than it was in 2019.”

The ripple effect of that downturn in immigration was felt throughout the country which recorded a much slower growth rate due to the COVID-19 pandemic.

Statistics Canada describes the dismal rate of population growth for Canada in 2020 as “the lowest annual growth since 1945 in number and 1916 in per cent”.

Both of those were wartime periods for Canada, the first and second world wars.

Saskatchewan and the Northwest Territories saw no population growth at all last year. Things were even worse in Newfoundland and Labrador. That Atlantic Canadian province saw a drop of 0.6 per cent in its population.

Further putting the brakes on population growth was the death rate in Canada last year.

Despite the record-high number of deaths, these were still lower than the number of births at 372,727. Still, natural population increase fell to its lowest annual level since at least 1922.

“The most significant demographic impact of the pandemic came from changes to international migration,” states Statistics Canada.

During the global pandemic, Canada was certainly not alone to feel the pinch of lower immigration rates. Although it was less hard hit by COVID-19, New Zealand’s level of immigration, for example,  fell by 39.6 per cent in 2020.

During the COVID-19 crisis last year, Canada also saw a net drop of 86,535 in the number of non-permanent residents in the country.

Ottawa has responded to the drop in immigration last year by raising its targets for immigration for this year through to 2022 and by slashing the immigration scores needed to allow more people to become permanent residents.

The country is still bullish on immigration.

“As we confront the pandemic’s second wave and chart a course for our recovery, attracting skilled immigrants who bring the talents and skills our economy needs to thrive is a central part of our plan,” notes the IRCC on its website.

“With travel restrictions limiting who can come to Canada, IRCC is pioneering new ways to engage those who are already here and hard at work. Their status may be temporary, but their contributions are lasting – and we’re hoping to help more of them stay permanently.”

Immigration Minister Marco Mendicino announced late last year Canada was going to greatly increase immigration levels to make up for the shortfall in 2020 due to the COVID-19 pandemic.

“Immigration is essential to getting us through the pandemic, but also to our short-term economic recovery and our long-term economic growth,” said Mendicino. “Canadians have seen how newcomers are playing an outsized role in our hospitals and care homes, and helping us to keep food on the table.