Canada Quality of Life Rated as Best in the World 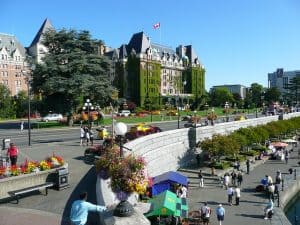 January 30, 2018 – Canada offers the best quality of life in the world according to a ranking system produced by the U.S. News and World Report.

Education, health, jobs and economic stability were all strong factors for Canada in the 2018 Best Countries report.

Canada came out second overall to Switzerland in the ranking system, which also takes into account factors including adventure, culture and heritage.

As well as quality of life, Canada’s strong suits were citizenship, business and entrepreneurship.

How Canada Scored Under ‘Quality of Life’

The ‘open for business’ category saw Canada ranked third, based on the transparency of its government.

Meanwhile, in ranking fifth for entrepreneurship, Canada scored highly for its legal framework, having an educated population and a good infrastructure.

It wasn’t all positive, with Canada scoring poorly in the ‘movers’ category for its apparent lack of dynamism, and uniqueness, while a poor score on ‘heritage’ came down to an apparent lack of rich history and poor standard of food.

Canada is positioning itself as the world’s leading liberal nation as Donald Trump sets about pursuing a protectionist agenda in the U.S.

Nowhere is the difference between the ideologies of the neighbouring countries more apparent than on immigration.

Justin Trudeau’s Liberal government is going about making the Canada immigration system more streamlined and better at selecting the right individuals, with a million newcomers expected over the next three years.

At the same time, Trump’s Republican administration is trying to crack down on immigration, put ‘America first’, and build a wall along the border with Mexico.

Trump’s policies have already had a major impact in Canada, with thousands of illegal border-crossers flooding into Quebec to try and claim asylum after their protected status was threatened in the U.S.

Elsewhere, under Trump the U.S. H-1B visa has become bogged down with an apparent deliberate increase in required documentation and processing times overseen by the current administration.

Canada, meanwhile, introduced two-week visa processing for the best skilled workers in 2017 under the highly-successful Global Talent Stream (GTS). The express processing means technology startups in Canada can get the access to top talent they crave, having previously lost out to Silicon Valley for the best and brightest hires.

The education sector is also benefiting, with international student interest in Canadian study at an all-time high as universities and colleges actively recruit foreign students to boost their cohort.

The federal government has also done its part here, by making it easier for international students who graduate from Canadian institutions to achieve permanent residence. Points have been introduced under Canada Express Entry specifically for these graduates, while students can now count time spent in Canada on a temporary visa towards citizenship applications.