It is ironic that the lethal attacks in Paris could define, or at the very least, become an important footnote to Prime Minister Justin Trudeau’s legacy. Along with a Cabinet Committee of nine ministers, the government is being tested at the earliest hours of its mandate to address predictable concerns that its election platform calling for the admission of 25,000 Syrian refugees by year end, may compromise the safety of Canadians. Battening down the hatches is an impulsive and politically expedient response to terrorism attacks. But the concerns for security although valid in their own right, largely arise from a lack of understanding of the refugee review and selection process.  It would be short sighted to use the events in Paris as a reason to reverse or water down the government’s policies on Syrian refugees who form part of the world’s largest humanitarian crisis since WW II. 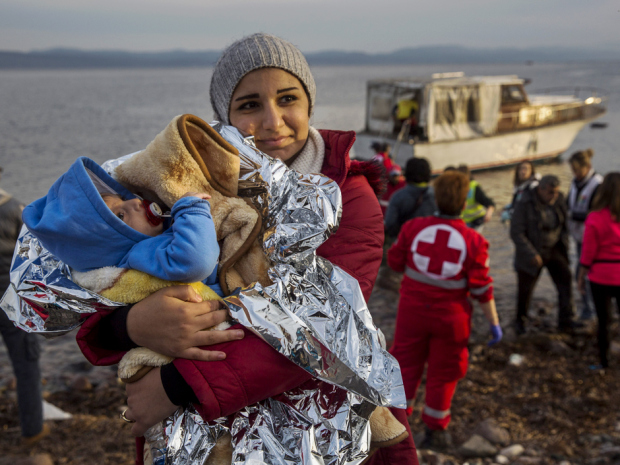 Canada’s refugee practices are long standing.  The screening and selection of Syrian refugees will target a pool of more than 3.5 million people located in Jordanian, Turkish and Lebanese refugee camps and not the nearly 1 million that travelled to Europe unchecked.  The vast majority in these camps are registered refugees who opposed the Assad regime and fled Syria’s violent civil war, long ago.

Selection of Syrian refugees by Canadian authorities will typically follow three phases. The first, already well underway, begins with the input of representatives from The Office of the United Nations High Commissioner for Refugees, knowledgeable in Syrian affairs who will interview registered refugees in the camps.  Candidates are carefully profiled and people targeted for re-settlement would include those who are deemed vulnerable while excluding candidates with a concern of previous direct or indirect involvement in conflict. The second phase would involve a lengthy interview with a Canadian visa officer who would question each candidate and verify that answers given are consistent with known facts.  The third phase includes a formal security review by CSIS which involves checking the profiles of candidates with local and international intelligence and multiple data bases.   Only a fraction of candidates initially targeted for re-settlement will become selected refugees. It is expected that the majority of referred refugees will be heavily weighted towards single women and children who pose negligible risk to Canada.  The chances of manipulating the process and having terrorists slip through, would be reduced to a minimum.

The government is now faced with the challenge of trying to deliver on its election promise without compromising the nation’s security.   By all accounts Canada’s numerous agencies involved have the will to carry out this large undertaking.  But there is no logic in pursuing a politically imposed year-end deadline to land 25,000 refugees, a task which even under normal conditions poses obvious challenges. Refugee advocates must be supportive of government efforts to carry out this process in a reasonable, but unofficially extended time frame.

Indeed, a coordinated refugee resettlement program of this size has never been carried out in Canada within such a short window of time. For this and other reasons, the government must consider additional security measures to monitor refugees once they land in Canada. To this end, the majority of Syrian asylum seekers should be given temporary resident permits with conditional approvals of permanent residence status that are dependent on all adult candidates meeting security based terms and conditions. Conditions would include mandatory reporting to immigration authorities within a short time following arrival, and the obligation to provide residential addresses, email identification and other biographical and contact information. Those admitted to Canada would be required to continue reporting by mail or through government on-line portals, until security back ground checks have been re-confirmed and final notifications of permanent residence status are issued. Refugees who are subsequently found to be security risks will be sought and detained. At the very least, a post landing monitoring and reporting process will provide some form of warning where any of those admitted to Canada do not strictly comply with the terms of their admission.

There are many concerns by those who oppose these policies.  But they are largely founded on a false perception that importing Syrian refugees brings an increased risk of terrorism to Canada.  In fact, it is refugees from Syria who are the individuals most affected by terrorism and should not be conflated with terrorists.  Equating refugees with terrorism is morally unacceptable and, as a matter of strategy, misguided.   As a prosperous nation we are a signatory to agreements that oblige us to share in the burden of helping to alleviate the world’s sufferings. Taking steps backwards on Syrian refugees at this time would represent a repudiation of Canadian values.   This is not an option.

Colin R. Singer is immigration counsel for www.immigration.ca and Managing Partner of Global Recruiters of Montreal. He is one of Canada’s foremost senior corporate immigration attorneys. Colin is internationally recognized as an experienced and recommended authority on Canadian immigration and foreign recruitment. In addition to being a licensed human resources professional, he is a licensed Canadian lawyer in good standing with the Quebec Law Society for more than 25 years and is authorized by the Canadian government in all immigration matters.