August 31, 2017 – Canada Immigration Minister Ahmed Hussen has hinted that immigration levels will rise in 2018, after two years of record numbers in 2016 and 2017. 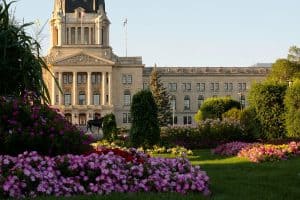 Asked what the figure would be for next year after two years of welcoming 300,000 new permanent residents, Hussen said: “I can assure you it won’t drop.”

Hussen was speaking in a wide-ranging interview with the Toronto Life magazine in which he also discussed Donald Trump’s immigration ban, the rhetoric of Conservative Kellie Leitch and his pathway to Canada from his African homeland.

The man in charge at Immigration, Refugees and Citizenship Canada (IRCC) only got the job in early 2017, meaning he is preparing his first immigration levels announcement.

His predecessor, John McCallum, expertly played the politics of the previous 2017 levels announcement. With many expecting a sharp increase on 2016, the Liberals instead chose to maintain levels, adjusting the numbers in each category so that more economic class permanent residents were accepted and fewer refugees.

In doing so, McCallum established 300,000 as the new base immigration levels figure under the current federal government, the highest levels seen in near 100 years.

The Liberals know the headline immigration levels is politically sensitive. Defining the right balance and getting there is crucial to ensuring all sides are appeased. This does not seem to be overlooked by Hussen.

“I don’t have exact numbers yet, but I can assure you it won’t drop,” he told Toronto Life. “It’s a matter of finding the right mix,” a tone that has been played by the previous immigration minister.

He was also asked about how Canada guarantees security when welcoming so many newcomers from all over the world.

“We screen for criminality, human rights violations, terrorism, health,” he said. “And the results speak for ­themselves: we have brought in 40,000 Syrians without compromising security.”

Before 2016, the last time Canada welcomed so many new immigrants in a calendar year was in the early 1910s. During the 10 years preceding the Liberals, Canada’s annual immigration levels, expressed as a percent of our population, was in the range of .8%.   Numerically, Canada admitted about 260,000 immigrants per year during this period.

Stakeholders expect to see 2018 levels in the range of between 310,000 and 320,000 which would amount to a per capita rate of .88%.  This puts into perspective the Liberal government’s continued drive to bring in qualified, well screened foreign workers under a policy of managed immigration levels.  Ottawa traditionally tables its annual levels for the upcoming year, by early November.