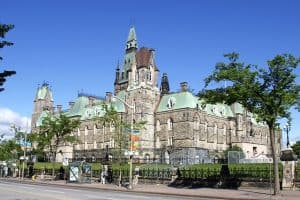 Graduates applying in the last 12 months had to wait an average six weeks for their permits, compared to 17 weeks in the preceding year, Immigration, Refugees and Citizenship Canada numbers show.

The PGWP offers graduates a pathway to the experience needed to apply for Canadian permanent residency via Express Entry and the Canadian Experience Class (CEC).

Under the program, graduates are given a temporary work permit matching the length of their studies in Canada, up to a maximum of three years. They must apply within 90 days of graduating.

The reduction in processing time is further evidence of the federal government’s focus on attracting talented foreign graduates from Canadian universities to stay in the country when they finish school.

This process begins by drawing more international students to Canadian universities in the first place, a process helped by Donald Trump’s presidency in the U.S., which is forcing prospective students to consider other options beyond the USA.

The perceptions of Canada and the U.S. could not be more different in the international community. While Trump attempts an immigration crackdown, Canada recently launched its Global Talent Stream in the latest in a series of immigration tweaks to help satisfy economic needs.

Many have Canada’s schools reported a surge in interest from America and abroad from the moment Trump was elected in November 2016.

That interest has translated into hard applications for some of the country’s biggest schools, including the University of Toronto and McGill in Montreal.

One estimate suggested the U.S. international student population is worth $32 billion a year to its economy.