Canada to Boost Spending on Francophone Immigration Outside Quebec 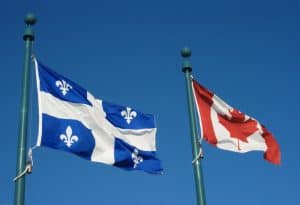 April 5, 2018 – Canada is to spend $40.8 million over five years on increasing francophone immigration outside Quebec, the federal government has announced

Justin Trudeau’s Liberals are aiming for a 4.4 per cent boost in the number of French-speaking immigrants by 2023.

The announcement was made as part of the federal government’s official languages plan, which will see a total of $500 million spent on services for minority language communities across Canada.

Details of the immigration component are to be announced in due course, with the majority of the rest of the money to be spent promoting English or French where either language is the minority. It will be added to $2.2 billion in spending already allocated to community groups in these areas.

Just 4,400 French-speaking immigrants, or 1.8 per cent of total, settled outside Quebec in 2016, despite several policies aimed at increasing the numbers.

It means that all French-speaking skilled workers can get a Canada work permit without the need for a Labour Market Impact Assessment(LMIA).