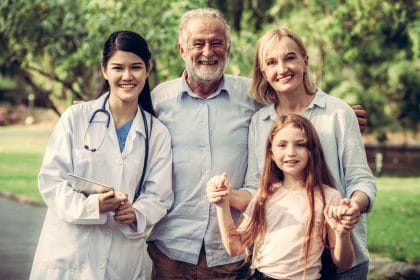 February 24, 2019 – Caregivers will be able to bring their spouses and children with them to Canada and have a pathway to permanent residence under two new pilot programs being launched by Canadian immigration authorities.

The new five-year pilots will replace the existing programs due to expire later in 2019, described as ‘ineffective’ by Immigration, Refugees and Citizenship Canada.

Thousands of caregivers in Canada will be relieved by the announcement, after being left in limbo over what would happen when existing pilots expire later in 2019.

Hussen said: “Caregivers provide care to families in Canada that need it, and it’s time for Canada to care for them in return.

“We are providing them with both the opportunity to bring their family members here and access permanent residency to demonstrate our commitment.”

Important changes under the new pilots will see applicants assessed against permanent residence criteria before they start work in Canada.

Once two years of work experience has been completed on an initial work permit, candidates will have ‘have access to a direct pathway to become a permanent resident’, IRCC says.

During the initial two years, the candidate’s spouse and children will be able to accompany them to Canada on open Work Permits or Study Permits.

The new pilots replace the existing Caring for Children and Caring for People with High Medical Needs programs.

Important features of the new pilots include:

This short-term pathway is aimed at caregivers who, due to confusion surrounding 2014 changes, came to Canada only to find out later that they were not going to qualify for permanent residence under an existing program.

Following a commitment made in 2017, IRCC has reduced 94 per cent of the caregiver permanent residence backlog and reduce processing times from 60 to 12 months.

The Home Child Care Provider Pilot and the Home Support Worker Pilot will launch later in 2019 and have a maximum of 2,750 principal applicants each, for a total of 5,500 principal applicants, per year. Spouses/common-law partners and dependent children will not count against the limit.