Canada has agreed to U.S. demands to expand border pre-clearance procedures that would allow travellers to clear customs at train stations, bus stations and off highways in a similar manner being followed at several Canadian airports. 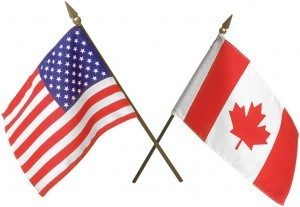 A spokesperson with the U.S. Department of Homeland, confirms that the two governments are aiming towards designing a more sophisticated system intended to achieve both trade and security. Upcoming announcements will address three main areas, including long-expected plans to share data for land travellers the way it’s shared for air travel; exchanges of exit data; and pre-clearance procedures.

The agreement reached, coincides with the recent meetings held between President Obama and Prime Minister Trudeau and includes comprehensive pre-clearance procedures affecting travellers between Canada and the United States. The concept of screening travellers by customs officers at designated venues away from the borders will speed up travel and the flow of goods between the two countries.  The concept was initially announced a year ago by the Harper government and the Obama administrations.

The U.S. bill was introduced and received numerous sponsors from both parties, thereby increasing its chance of passing. That left open the question of whether Canada would pursue reciprocal formalities.

The new agreement will see several projects being inaugurated including a port at Quebec City and at Massena, N.Y.

Business groups are in favour of pre-clearance procedures which has the potential to inject millions of dollars into the two economies.