Canada Unemployment Drops To Lowest Since At Least 1976 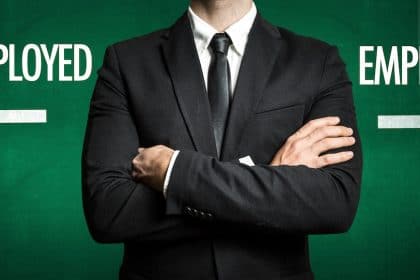 December 9, 2018 – Canada unemployment is the lowest it has been in at least 42 years, according to the latest federal government figures.

A stellar November saw unemployment drop to 5.6 per cent, the lowest since comparable figures became available in 1976, Statistics Canada says.

The drop of 0.2 percentage points comes after 94,100 jobs were added in November, meaning employment growth of 219,000 in the last year, driven entirely by full-time jobs.

Provincially, there were employment increases in eight out of 10 provinces in November, with Prince Edward Island and Newfoundland & Labrador showing slight decreases.

Core-aged women saw unemployment drop to 4.6 per cent, and men to 4.7 per cent.

Employment in the core age-group has now risen 208,000 in the last year.

Employment also rose in the 55 and over category, by 39,000, although unemployment rose to 5.5 per cent as more people looked for work.

The 15 to 24 age-group, meanwhile, saw little change in their employment in November.

Quebec saw employment rise by 26,000 in November, with an unemployment rate of 5.4 per cent.

Employment increased by 24,000 in Alberta, with the unemployment rate dropping a full percentage point, from 7.3 per cent to 6.3 per cent. Over the last 12 months, employment has risen 59,000 in the oil-rich province.

Ontario saw an increase of 20,000 Canada jobs, with an unemployment rate of 5.6 per cent. Canada’s largest province has added 66,000 jobs in the last year.

British Columbia still leads the way with an unemployment rate of 4.4 per cent after adding 16,000 jobs in November. The western province has added 43,000 jobs in the last 12 months.

Another 5,500 more people found jobs in Saskatchewan in November, for an unemployment rate of 5.5 per cent.

Manitoba, meanwhile, added 2,600 jobs and has an unemployment rate of 5.7 per cent.

The professional, scientific and technical services sector added 26,000 jobs in November, spearheaded by Quebec and Ontario.

Further gains of 19,000 jobs were seen in health care and social assistance, focused in Ontario and Alberta. In the last year, employment has grown 57,000 in the industry.

Canada’s November gains were driven by the private sector, adding 79,000 jobs, while the public and self-employed sectors saw little change.