A senior strategist has urged Canada to stay aggressive with its immigration policy and continue in the direction that put the country where it is today. 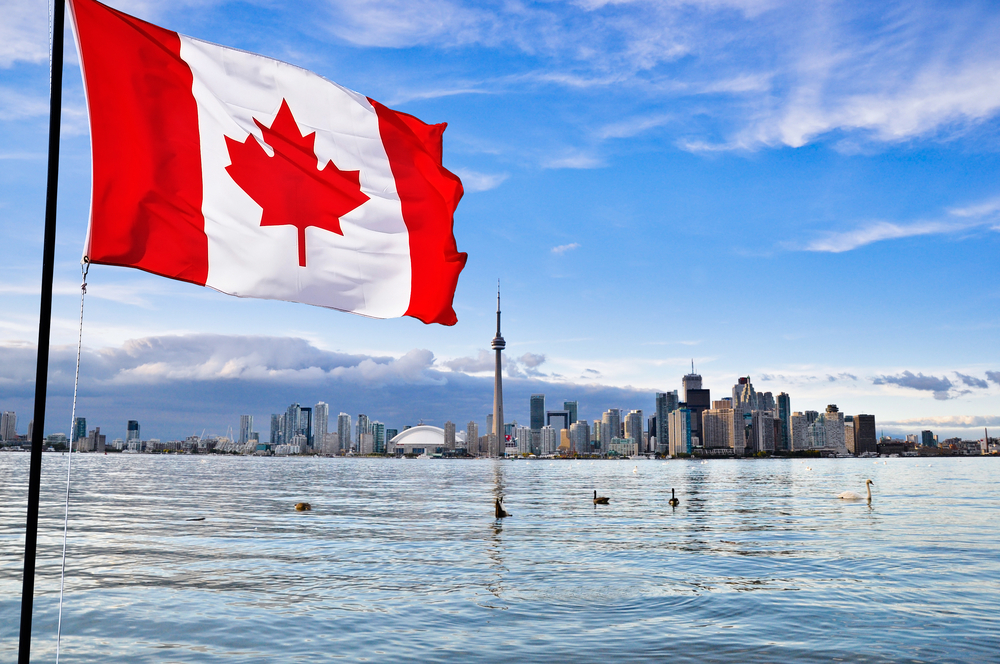 Robin V. Sears, a principal at Earnscliffe and a former NDP strategist, says now is not the time for Canada to begin doubting whether increased immigration is the right way to grow the country.

He described the recent announcement to maintain immigration numbers at 300,000 for 2017 as ‘a disappointing step back’ in an article for the Toronto Star.

“As Canada is globally famous for our ability to help newcomers build new lives, we get to choose the next generation of immigrants from the smartest, most skilled and qualified applicants on the planet,” Sears writes.

He adds: “A generation from now an economy driven by 75 million Canadians would offer greater opportunities for all our citizens.

“No one disputes the benefits for all Canadians of our creation of the most successful immigrant nation in the world.”

For him, the most powerfully Canadian image of recent times is Justin Trudeau putting coats on Syrian children as they arrived at Toronto’s Pearson Airport in December 2015.

While he accepts that the integration of Syrians might be more difficult than that of Italians or other Europeans from Canada’s history, he feels there is an established track record to rely on.

“Our successful integration of literally millions of new immigrants from more than 100 nations in just two generations is unparalleled in human history,” he writes.

“Why should we not be more ambitious? It’s not as if we have too many people, or too little land, or an overflow of skilled workers.”

Sears’ criticism of Canada’s 2017 immigration levels as being a step backwards is being harsh on the federal government.

By keeping the number at 300,000, the federal government is establishing a benchmark level for the coming years.

It could not jump in and significantly increase the number of newcomers without upsetting a large proportion of the electorate. Instead, it will add numbers, but in a strategic and measured way.

Numbers will rise significantly in the come years, but the government knows the increase must be carefully managed to appease all stakeholders.

Sears makes several pro-immigration arguments in his article that are increasingly being backed up by facts. 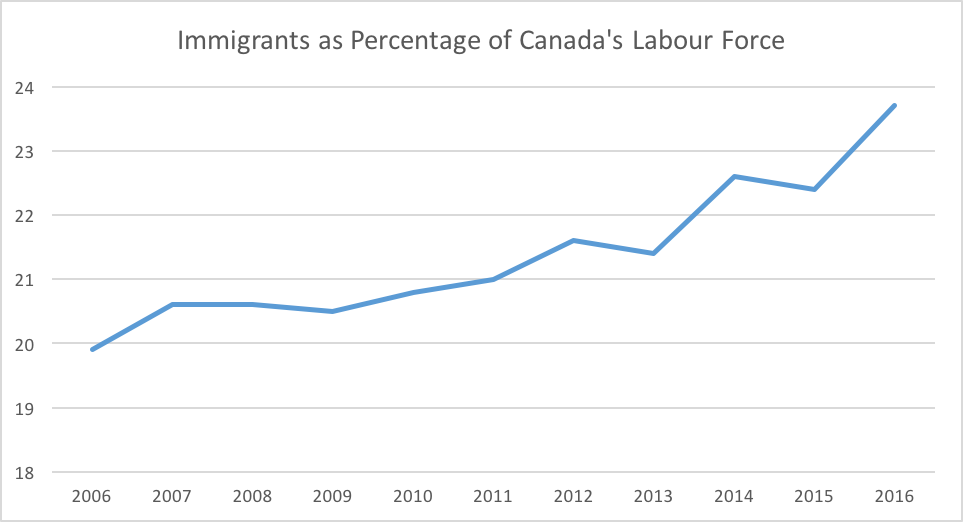 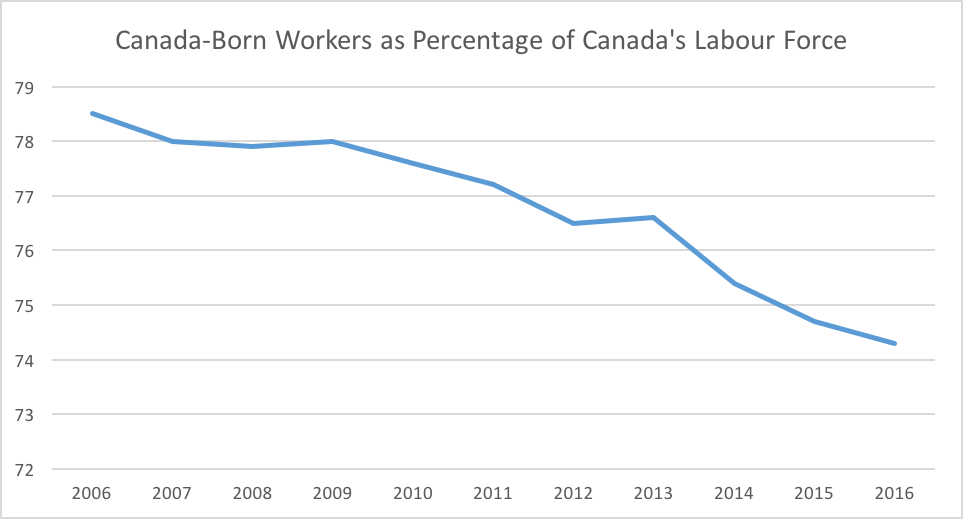 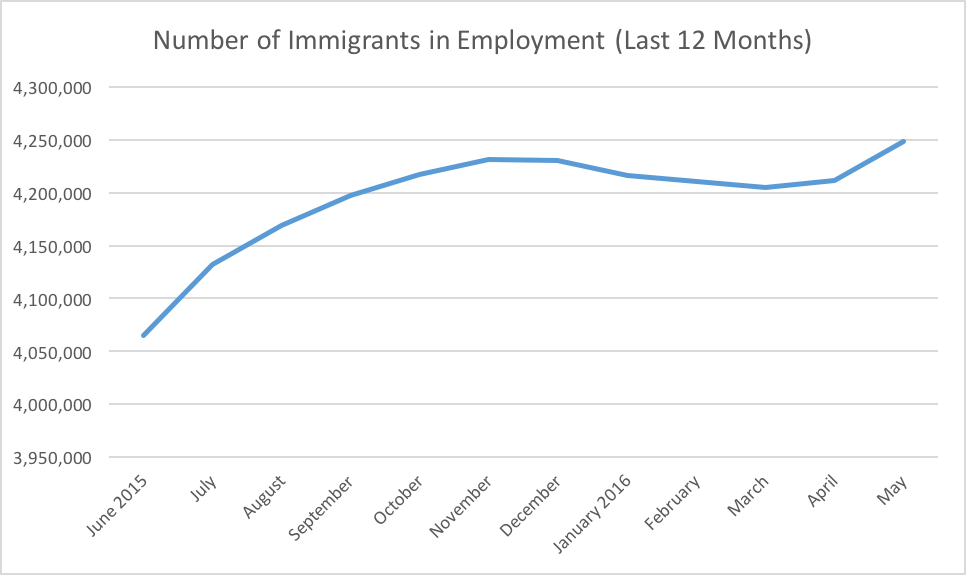 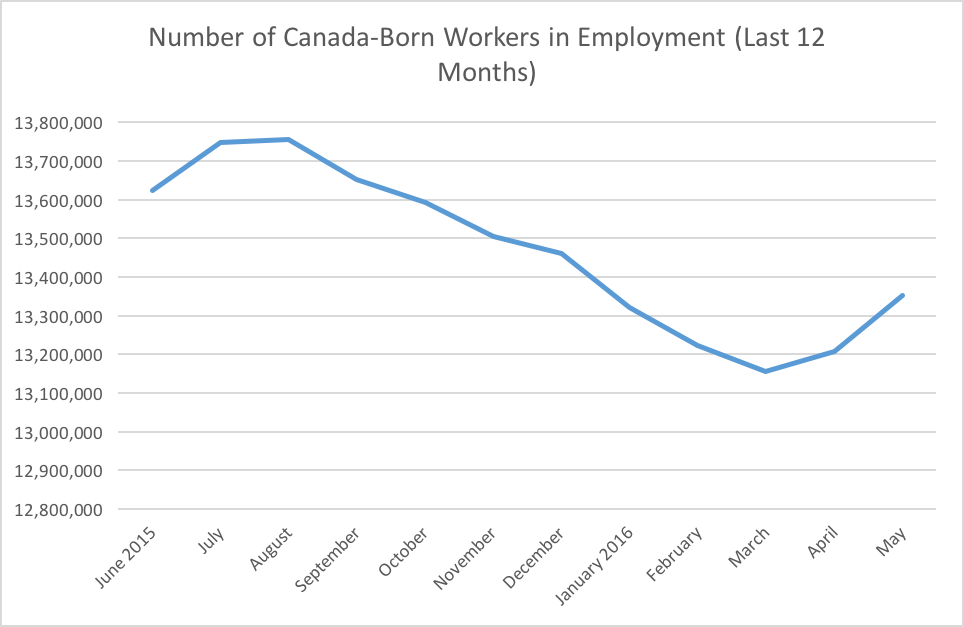