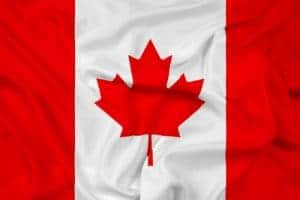 Facial-recognition technology is the latest weapon being used by Canada in the battle against immigration fraud.

The Canada Border Services Agency (CBSA) caught 15 individuals using the technique, all of them with warrants out for their arrest.  Each of them had obtained travel documents using false identities.

Now a pilot program could be made permanent as Justin Trudeau’s government looks to weed out terrorists and other criminals who are in Canada illegally.

The initial pilot was carried out in 2014, leading to 15 matches after the biometric details of 1,000 wanted individuals were shared.

Criminal action, revoking of citizenship as well as further investigation were some of the steps taken against the highlighted individuals.

A second pilot phase was completed in March, with details yet to be made public.

The news comes after Immigration, Refugees and Citizenship Canada was criticised recently for routinely failing to carry out basic checks to stop citizenship being obtained fraudulently.

Auditor General Michael Ferguson said the department headed by John McCallum had granted several citizenships that shouldn’t have been, resulting in time-consuming and costly revocation proceedings.

The CBSA was also criticised in the report along with the RCMP, for failing to share information with IRCC.