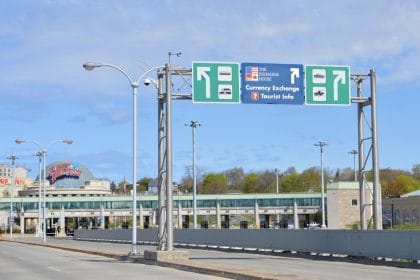 October 29, 2018 – Canada has received more irregular border crossers from the U.S. claiming refugee status, in the first nine months of 2018 than it did in 2017, new figures show.

The figures serve to undermine federal government officials, who say the border situation is under control.

As the Canadian winter sets in, the numbers are set to drop off towards the end of the year, but there remain concerns over the strain the steady stream is putting on Canada’s asylum system. 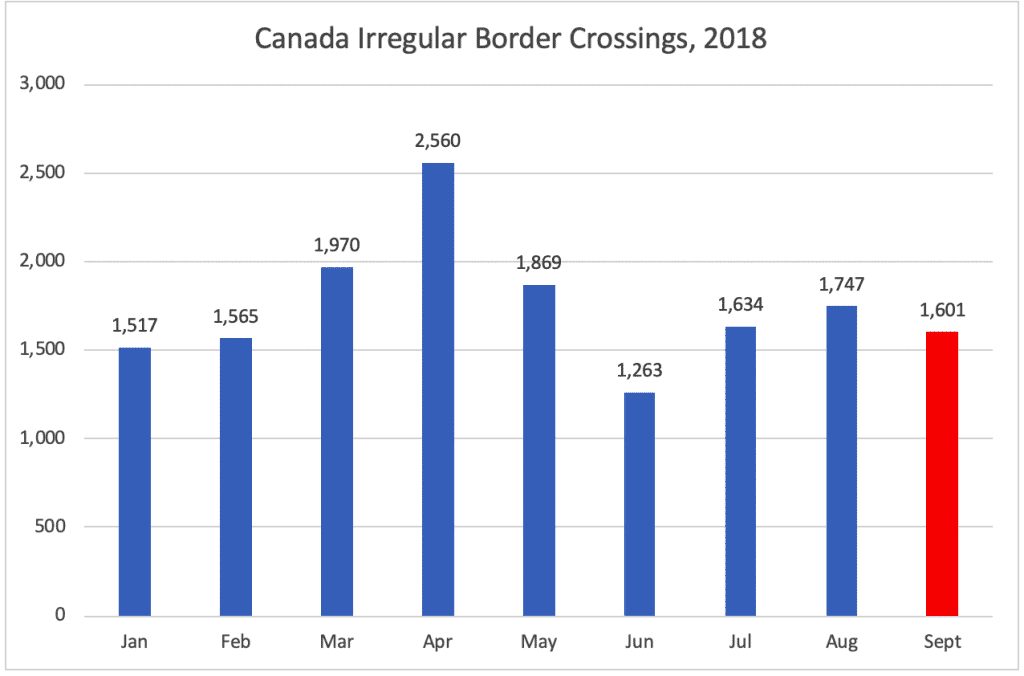 The overwhelming majority of those crossing the border have flooded into Quebec to claim refugee status, where provincial officials have called on the federal government to pick up the bill for expenditure related to the issue. 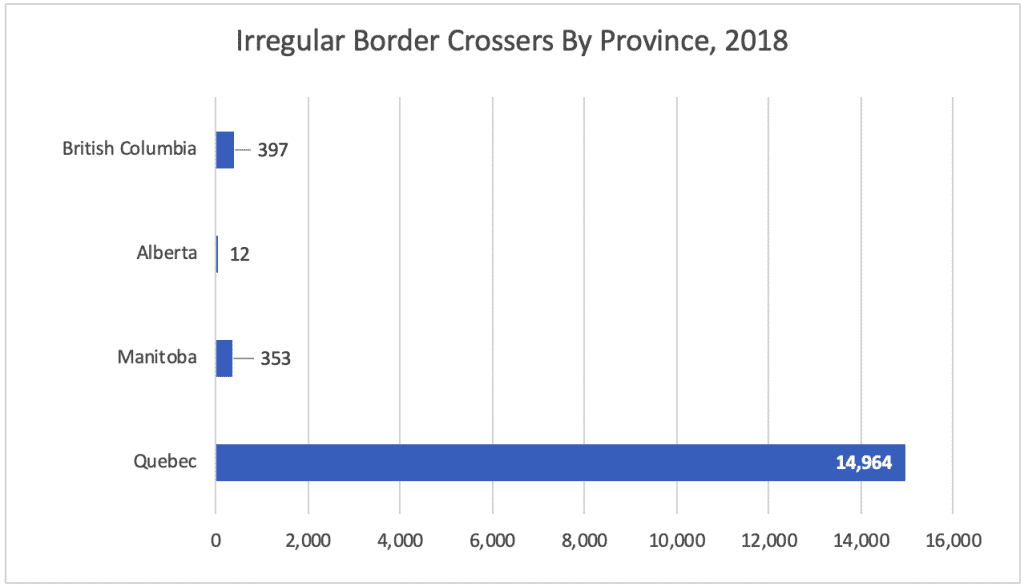 Figures: Government of Canada. Note: All other provinces zero.

Federal government officials have refused to call the situation a crisis, despite calls to suspend the Safe Third Country Agreement with the U.S.

The original 2017 surge in irregular border crossing came after U.S. President Donald Trump began his crackdown on migrants with Temporary Protected Status (TPS) in the U.S.