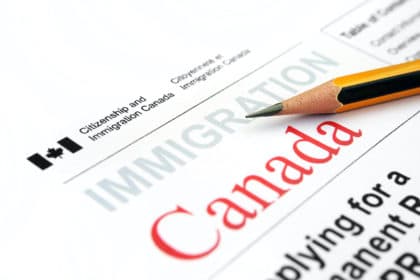 Aug 13, 2019 – Canada’s highly-successful economic immigration system makes it a role model for other countries around the world, a new OECD report says.

The report, entitled ‘Recruiting Immigrant Workers: Canada 2019’ highlights how Canada boasts the highest proportion of highly educated foreign-born people among the entire OECD, at 60 per cent.

Canada is lauded in the report for its immigration planning, the dynamic nature of its Express Entry system and its investment in settlement and integration.

“Canada has not only the largest in terms of numbers, but also the most elaborate and longest-standing skilled labour migration system in the OECD,” the report says.

The report adds: “Against this backdrop, Canada is widely seen as a role model for successful migration management.”

On Express Entry, Canada’s system for selecting federal economic immigrants, the OECD report highlights the refined nature of the ranking system compared to similar systems in Australia and New Zealand.

“This allows consideration of positive interactions of skills, such as that between language proficiency and the ability to transfer foreign qualifications to the Canadian context,” the report says. “The system is built on an in-depth assessment of the drivers of outcomes of previous migrants.”

The author, OECD migration specialist Thomas Liebig, was on hand to officially release the report with Canada Immigration Minister Ahmed Hussen in Toronto on Tuesday.

Liebig noted how Canada’s economic immigration system is the largest and most comprehensive in the OECD. He also highlighted the openness of Canadians towards immigration.

“Canada is highly reactive to new developments, and changes in policy governing migration are not only rather frequent but also more strongly evidence-based than elsewhere,” the report says.

Responding to the report, Hussen said: “We know that immigration spurs economic growth, helps address the challenges, in particular labour shortages, our country faces with an ageing population, and plays a crucial role in attracting highly-skilled talent to keep our country at the forefront of the global economy.

“I am honoured that the OECD identifies Canada as a role model for successful migration management and as a benchmark for other countries.

“The report also highlights some of the keys to our success, most notably our holistic approach to attraction, selection, retention, and settlement and integration, as well as our commitment to continual testing and monitoring.”

Hussen went on to highlight changes made over the last four years that have contributed to developing the immigration system.

These have included two rounds of changes to the Express Entry points system, plus the launch of several new initiatives.

The OECD report was not entirely positive towards Canada.

It also made a number of policy recommendations to be considered going forwards.

Important Recommendations Made In OECD Report