Either Canada’s economy is back on track or in the midst of a ‘temporary reprieve’ – it depends who you ask.

January saw the best figures since 2013, according to Statistics Canada, with a 0.6 per cent rise in gross domestic product after inflation adjustments. 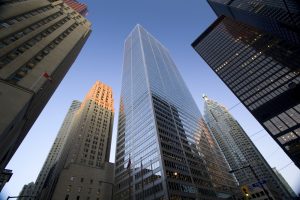 That’s up from 0.2 per cent in December and double the 0.3 per cent estimate of economists.

“Suddenly, the Canadian economy has managed to post a rip-roaring annualized growth rate of 5 per cent over the past three months,” said Douglas Porter, Bank of Montreal chief economist.

Paul Ashworth of Capital Economics, however, is not so excited.

He wrote in a report: “The big question is whether this turnaround in Canada’s economy is the real thing – a non-energy, export-led recovery coupled with a fading drag from energy – or just a temporary reprieve? We fear it might be the latter.”

The signs are good, however.

January was the fourth consecutive month of gains after a 2015 defined by the falling price of oil.

Almost every major industry is prospering led by continued strength in the important manufacturing segment, which rose by 1.9 per cent, making a flash-in-the-pan recovery less likely.

With the economy running higher than estimates, pressure on government finances and interest rate policy could ease.

The Bank of Canada forecast a 1 per cent annualized growth rate for the first quarter. Experts are putting the real-time growth nearer 3 per cent.

A stronger start to the year combined with increased fiscal stimulus is likely to lead to an upgrade in the growth forecast in its quarterly monetary policy report in mid-April. The figure currently stands at 1.4 per cent.