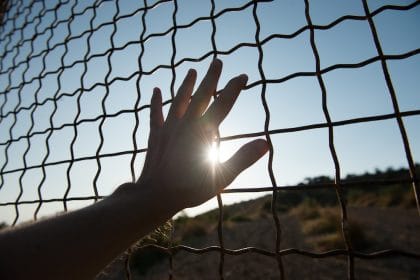 A report by the Geneva-based Global Detention Project says not enough has been done to address some important human rights issued.

These issues will have a familiar ring for the Canada Border Services Agency (CBSA).

Many of the issues have been raised by human rights organisations over several years.

An important difference ahead of the latest report is that Canada’s Immigration Detention Framework was intended to tackle some of the issues.

The 2017 Framework was aimed at bringing an end to accusations of human rights violations.

CBSA officials could argue the changes targeted in the framework are still being implemented.

But with figures showing the percentage held in provincial jails has increased, there is clearly still work to be done.

Key statistics covered in the report are laid out below.

How Many Have Died in Canadian Immigration Detention?

As of November 2017, at least 16 people have died in immigration detention while in CBSA custody since 2000.

This is the major statistic quoted in any discussion on Canadian immigration detention.

It has rightly put pressure on the current federal government to act to change Canada’s system.

Many feel Canada’s immigration detentions policies do not chime with the country’s values as a welcoming, accepting society.

What Is the Average Length of Immigration Detention?

Canada is managing to drive down the length of time immigrants are detained.

With the Immigration Detention Framework launched in 2017, all eyes will be on 2018 figures to see the impact the new policy has had.

How Many Immigration Detainees Are Held in Provincial Jails?

Despite saying it would reduce reliance on provincial jails, the percentage held in non-CBSA facilities has increased.

How Many People Does Canada Place in Immigration Detention?

An important positive to be taken from the report is that less people overall are being held in immigration detention.

This means projects to monitor immigration detainees are working.

It may also be a result of the reduced number of claims received by Canada before 2017. 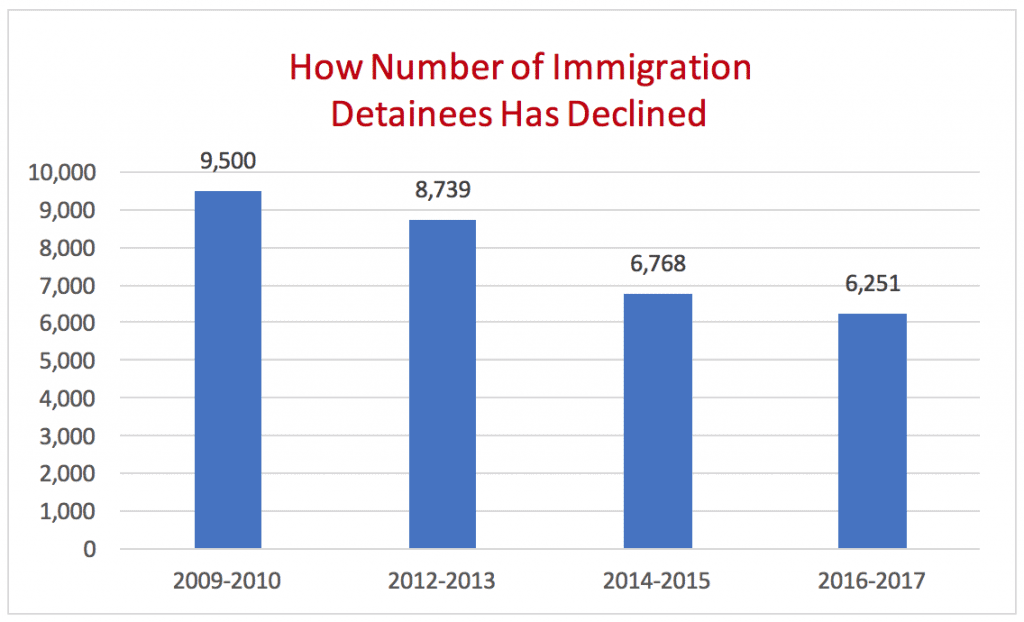 How Many Children Does Canada Place in Immigration Detention?

The placement of children in immigration detention is a controversial issue.

Where a child’s parents are required to be detained, officials have a choice of putting the child in detention with them or separating the family.

When families are separated, the result is the type of chaotic scenes witnessed in the U.S. recently, with children crying for their parents.

However, critics would say that number needs to be driven down to zero. 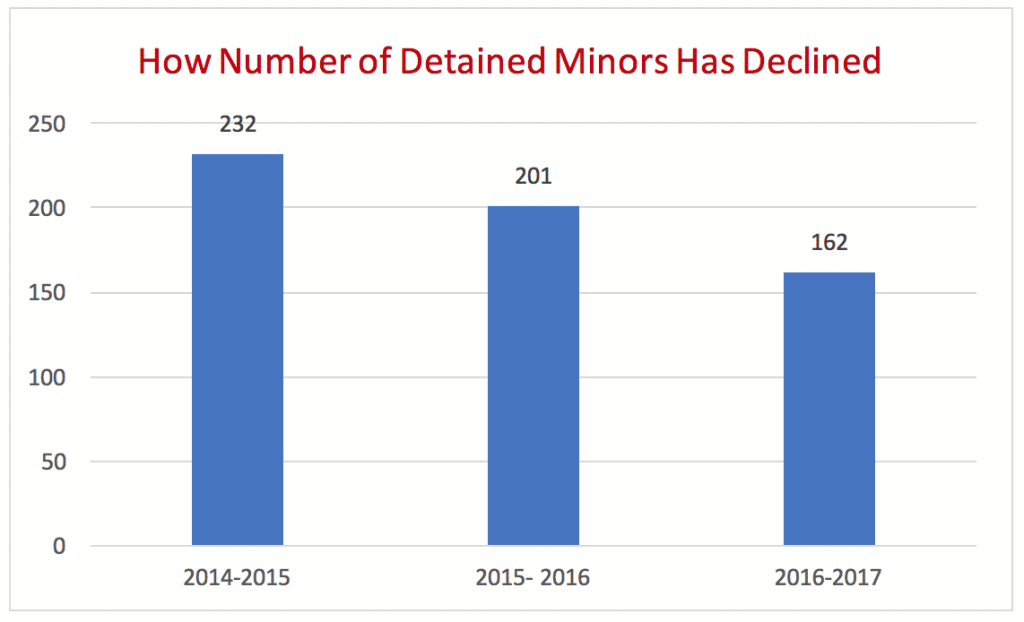 How Many Asylum Claims Does Canada Receive Each Year?

Those figures had begun to creep up, reaching 23,930 in 2016 as the Liberal government came to power.

Under Justin Trudeau, Canada has tried to make itself a more welcoming country, including bringing in thousands of refugees, including Syrians.

The Mexico decision was particularly controversial as it came against official advice.

Mexicans had the restriction imposed in the first place because of the number of asylum claims being received under the previous Conservative government.

However, nothing has had a bigger impact on driving up Canadian asylum claims than Donald Trump becoming U.S. president. 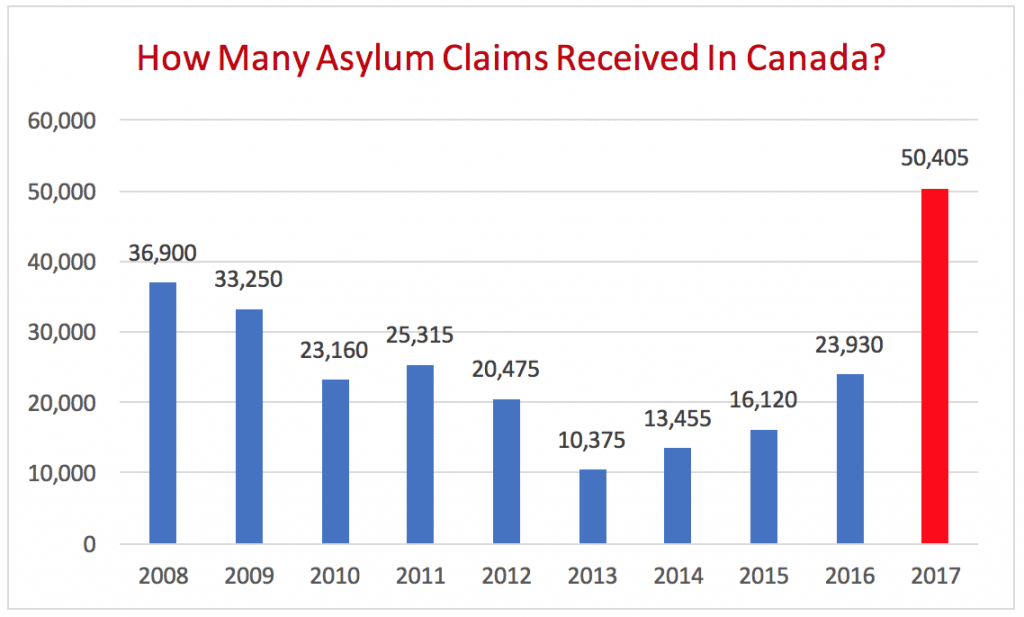 It meant there were more than 50,000 asylum claims in 2017, more than double the previous year.

Canada is still tackling the asylum issue in 2018, with people crossing the border between recognized border locations, particularly into Quebec.